El Secreto de Selena spoilers for Sunday, September 8th delve into Selena Quintanilla’s (Maya Zapata) dissatisfaction with the way her life is going at the moment, Yolanda Saldívar’s (Damayanti Quintanar) past, and finds Abraham Quintanilla (Jorge Zárate) learning about problems with Selena’s fan club. A new player also comes into the story this week. If you missed it, let’s get to your El Secreto de Selena recap. 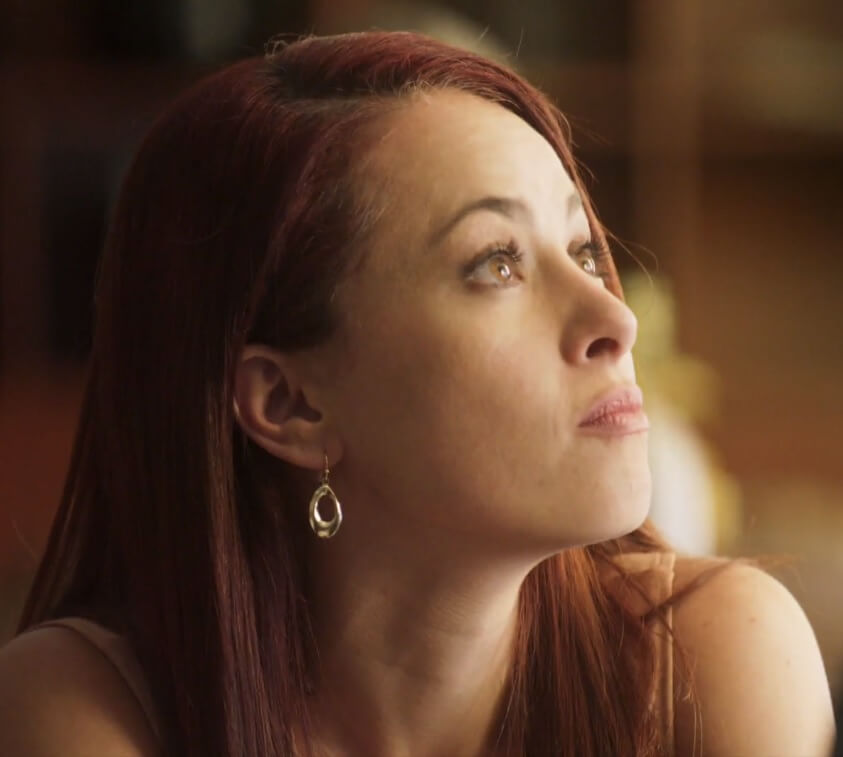 Selena, A.B. Quintanilla (Esteban Lopéz), and Suzette Quintanilla (Daniela Gaitán) find themselves at odds with dad today. Selena loves her music, but she’s also craving some normality in her life as they’re working a lot. A teacher even notices how tired Selena seems in class. A.B. agrees that a break would be a good idea, but Abraham insists that their family is not normal or average. They need to work hard, and will get a chance to rest at a picnic on Sunday. Suzette doesn’t like that, as she’d wanted to go out with some friends that day.

Several years later, Selena will rebel by running away to a dance against Abraham’s wishes. He eventually shows up there and they talk things out. Selena understands there are sacrifices to be someone in life, but she just wants to be the one to choose what things have to be sacrificed.

We also see a bit of Yolanda’s past tonight, which clearly does not excuse how things turned out, but it does help one understand part of what can help someone to end up where Yolanda did. As we see some nursing students laughing about Yolanda being purposefully given a patient that would vomit on her, then dump trash on her and call her “fatso”, we see where some of that obsession with Selena displayed in previous episodes might come from. As well as where the desperation to stay in the fold after the accusations came out might have come from.

Meanwhile, the action jumps forward to the days where Selena was getting deeper into the fashion business. Abraham is not a big fan of this, as it’s taking time away from her music—especially when she’s still looking toward recording an English record. He wonders if the rising costs of getting this new dream of hers off the ground is a wise investment right now. Selena is upset that her father isn’t very supportive of her other passion, and doesn’t believe Chris Pérez (Daniel Elbitar) is supportive of it enough as well. This leads to a minor argument and Selena walks out. Yolanda promises to talk to her later.

This talk comes after a show, where she’s noticed Selena isn’t looking happy. This is when Selena confesses that she feels like Chris isn’t very supportive of her clothing line, something she really wants to share with him. He’s all about the music.

They’re interrupted by the arrival of Selena’s uncle, who has brought some people to meet her. It’s Dr. Ricardo Martínez (Eduardo Santamarina) and his children. Selena is more than happy to sign autographs for them, and is curious about liposuction. He answers her question, then offers her two cards—one to sign, and one so she can call him.

Abraham overhears several young fans who think Selena has tricked them. He pulls them aside to talk, and learns that they haven’t gotten the promised materials after paying their fan club fees. Abraham apologizes and makes it clear they don’t do business that way. He’s going to look into things and make this right, but in the meantime, he gives the fans VIP passes to meet Selena. He just asks them not to mention a thing about the fan club situation to her.

Suzette (Bárbara González) hears all this and asks Abraham why he wants them to keep quiet about the fan club problem. Abraham is worried that there’s shady business going on and wants to investigate first. Best case scenario, he thinks that Yolanda can’t handle the fashion business and the fan club at the same time.

The episode also focuses on some of the similarities between the two, which surely led to their friendship developing. Both women dealt with overly aggressive boyfriends, as well as the stress of helping to support their families.

Today, María Celeste Arrarás (Sofía Lama) continues to deal with insecurity in her relationship with Manny (Moisés Arizmendi) and worry over her soon-to-be changing body now that she’s pregnant. An old flame coming across them and being about as passive aggressive as possible doesn’t help. She and Manny eventually make up following a slight argument during a Salsa class.