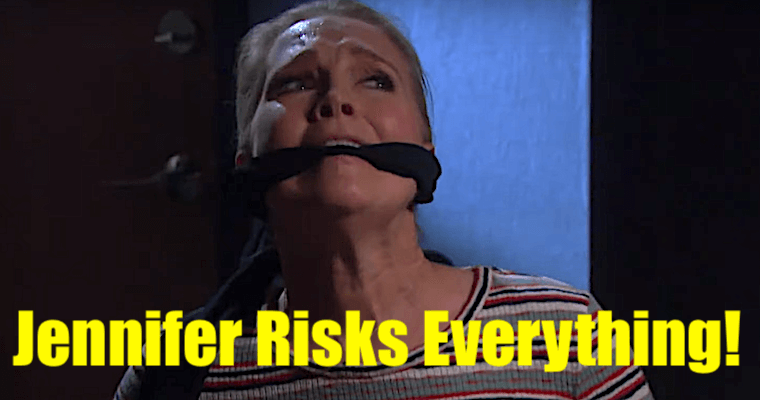 ‘Days of Our Lives’ (DOOL) spoilers tease that Jennifer Horton (Melissa Reeves) desperately wants to turn back time and have the old Jack Deveraux (Matthew Ashford) back in her life. Actually, make that the old Jack and all of the memories of the good times (and maybe even the bad) that they had together. But there’s just one problem.

Jack’s soon-to-be ex-wife Eve Donovan (Kassie de Paiva) isn’t the kind of person that you can just kick to the curb and think that she’s not going to do anything about it. In fact, Jennifer might be risking a whole lot more than expected by trying to get Jack back. Is he even worth the trouble? Here’s what you need to know.

Eve Donovan is not the kind of woman who is willing to play games. When she’s got revenge on the mind, she cuts to the chase pretty fast and will be willing to put your head on a platter if you even dare to stare at her wrong. She was downright humiliated when Jack Deveraux pulled the plug on their marriage and stripped her from her title as the police chief commissioner of Salem. You’d think that Eve would take the hint and leave Salem but nope, that’s not going to happen. She’s going to make some serious payback happen instead.

‘DOOL’ Spoilers: Is Jack Even Worth The Trouble?

‘Days of Our Lives’ spoilers indicate that Jennifer Horton will soon find herself bound, gagged and kidnapped by a mysterious person. Needless to say you don’t need a crystal ball to know who is responsible for it. And while she most certainly has found herself in a very dangerous position, is risking her life for Jack even worth it? Even before he lost his memory he did a lot of shady things. There’s no certainty that this time around things will change. What do you think?