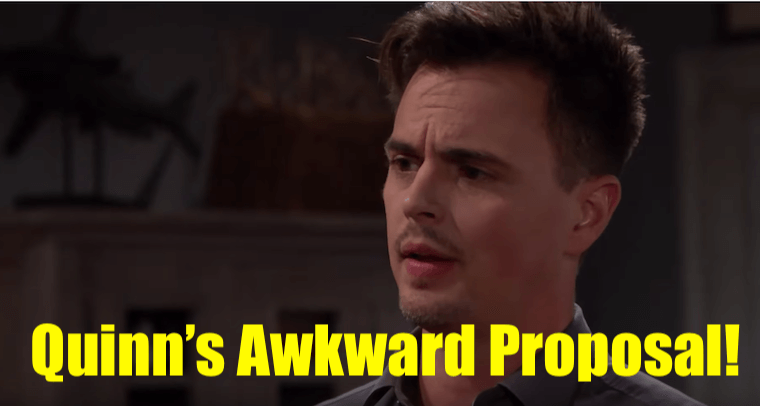 ‘Bold and the Beautiful’ Spoilers: Bad news for Katie

‘Bold and the Beautiful’ Spoilers for September 24th, 2019 indicate that poor unconscious Katie Logan (Heather Tom) has just arrived at the hospital and has undergone a lot of tests for what is wrong with her, unfortunately its too soon to tell exactly what she has according the Dr. Jordan Armstrong (Vincent Irrizarry) but it looks like the prognosis is going to be grim.

Everyone in the family thinks that this has something to do with her heart, but as it turns out, Storm Logan’s (William deVry) heart is not the problem, rather the symptoms that she’s been having point to chronic kidney failure. While waiting on the test results, the Logan family will gather with Bill at the hospital so at least Katie will have a lot of support to wake up to.

Meanwhile, meddling Mama Quinn Forrester (Rena Sofer) will have had a change of heart about Flo Fulton (Katrina Bowden), initially she was mad at her about having lied to Wyatt Spencer (Darin Brooks) about the whole baby swap scandal, but it seems that now once she’s weighed her options that in the end she would still rather end up with Flo as a daughter-in-law rather than Sally Spectra (Courtney Hope), and today she’ll try and pitch this whole idea to hubby Eric Forrester (John McCook), hah, good luck with that, Quinn!

‘Bold and the Beautiful’ Spoilers: “But Mom, I already asked her.”

Eric is angry at Flo for how she lied to Logan family, but also how she hurt Steffy Forrester (Jacqueline MacInnes Wood) and Quinn will have a fat chance of convincing Eric to get on the Flo Fulton bandwagon. She’ll also pitch this idea to Wyatt himself which is just going to make things awkward because Wyatt just asked – guess who – that’s right, Sally, to marry him! He wants to share the good news and have his Mom be happy for him but it doesn’t look like that will be the case. It looks like she’s going to beat a dead horse and try to get Wyatt to reunite with Flo. When she realizes that Wyatt’s already engaged, and not to the girl of her dreams, Mama Quinn is going to be livid! I can’t wait. Stay tuned!!!

CBS ‘The Bold and the Beautiful’ Spoilers: Sally Hurt By Katie’s Betrayal…

CBS The Bold and the Beautiful Spoilers: Lies, Secrets And Destruction – Fulton Women…

CBS ‘The Bold and the Beautiful’ Spoilers: Does Steffy Really Love Liam…