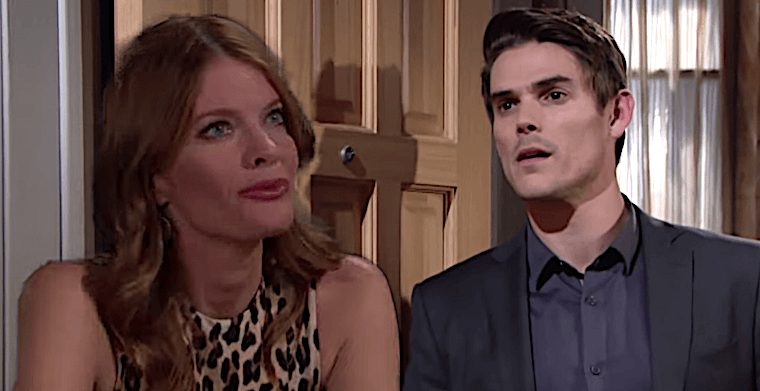 ‘Young and the Resltess’ (Y&R) spoilers indicate that it really does seem like there never is a dull day in Genoa City, right? Well things are about to get pretty dramatic once again as new The Young and the Restless (Y&R) spoilers tease that Adam Newman (Mark Grossman) and Phyllis Summers (Gina Tognoni) will be teaming up in the near future. And what do they plan on doing? Lighting up the city, of course! Here’s what you need to know.

‘Young and the Restless’ (Y&R) Spoilers: Adam and Phyllis To Set Genoa City On Fire

For those who know Adam Newman well, they know that he is a master manipulator. He came back to Genoa City after a three-year absence pretending to forget everything from his past. And while his father Victor Newman (Eric Braeden) has been doing everything he can to help out his son, his siblings Victoria (Amelia Heinle) and Nick (Joshua Morrow) have been very suspicious.

They know that Adam is a threat to the Newman empire. And sure enough, Adam made it pretty clear that he has a few demands in mind. He wants half a billion dollars and custody of his son Christian. Unfortunately, getting what he wants won’t be very easy for him.

Meanwhile, Phyllis Summer has also made it pretty clear that she wants to seek her revenge on all of the people who have done her wrong these past few weeks. She’s been down and out and feeling awful about both her personal life and her career.

She’s doing whatever she can to bring down Jabot, even if it means getting down and dirty. With the above said, it shouldn’t come as a surprise that Phyllis and Adam will be teaming up to create chaos in Genoa City. Together, they will be lighting up flames for sure! Needless to say, fans will have to tune in to find out what will happen next!