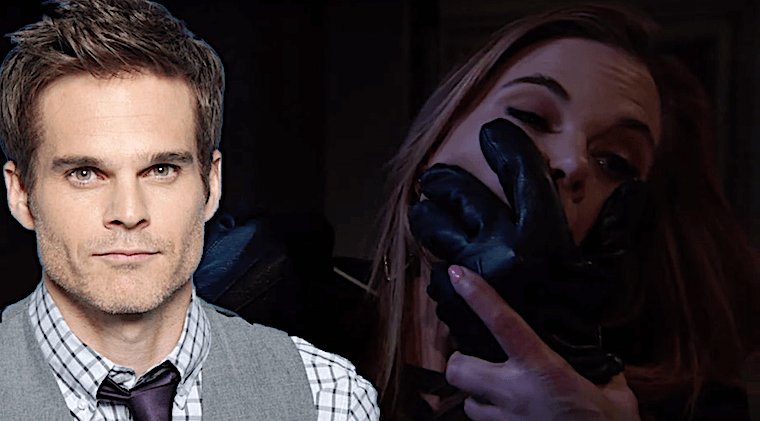 At Sharon’s (Sharon Case) apartment, Rey tells her that he talked to Adam about Chloe Mitchell but was surprised to see Phyllis Summers (Gina Tognoni) there. Sharon thinks that Phyllis might be roping Adam into one of her schemes, but Rey thinks it’s the other way around. They also talk about whether or not Chloe might still be alive. Rey asks Sharon to be careful.

At Dark Horse, Nick admits that his debt was sold to Adam. Nick tells him that he will never let Christian go. He would rather lose Dark Horse. Adam doesn’t like hearing Nick call Christian his son. Nick lashes out at Adam for using Christian in his extortion scheme, but Adam says that Nick drove him to do it. He feels as though Adam could have gotten the know the little boy first, but that’s no way he would let that happen. Nick then gives Adam a photo of Christian and says that’s how close he will ever get to the boy.

At the penthouse, Devon and Elena are having a date. They are cooking dinner and slow dancing together. They start making out. Devon takes Elena upstairs to his bedroom. They start making love but once it’s all over, Devon sees flashes of Hilary again. She’s unhappy. Devon tells Elena that he doesn’t regret anything, but then sees another image of Hilary looking over his shoulder.

At their apartment, Lola and Kyle talk about their engagement. They are eating ice cream. Kyle thinks he should have gotten her a ring first. He also wonders if he should get Rey’s blessing. Lola doesn’t think it’s a good idea, but Kyle insists on doing it. They begin to giggle and Lola pushes Kyle onto the sofa.

At the tackhouse, Adam is looking at Christian’s photo. He gets a text message and leaves. At Sharon’s, Rey gets a text message from Kyle asking if they can meet. They meet at Crimson Lights, where Rey tells Kyle that he doesn’t want to talk about marriage. Kyle hits back and says that he doesn’t plan on treating Lola the same way he treated Mia. He then goes on to say that he will take good care of Lola and their kids one day.

In a dark room, Phyllis is knocked out. She’s thrown onto a mattress. She wakes up and calls for help. Kevin Fisher (Greg Rikaart) is outside her door. 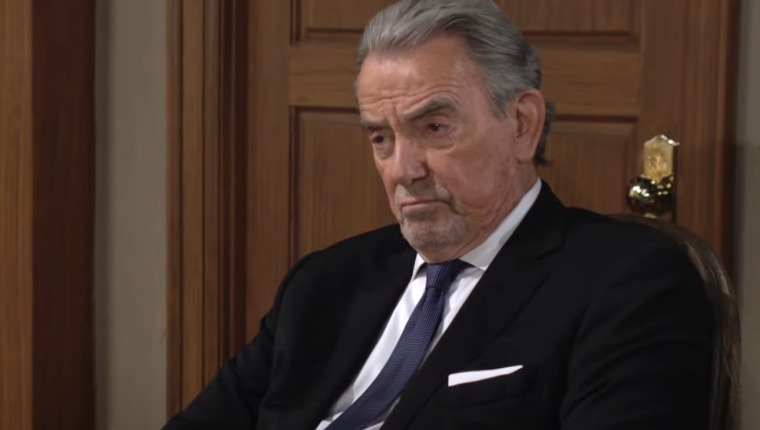 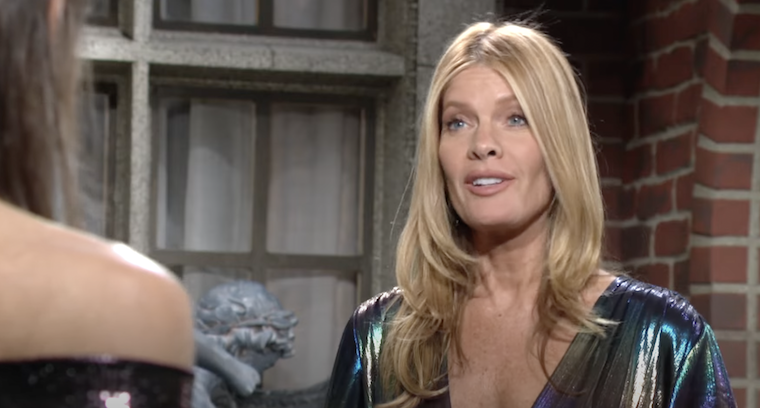