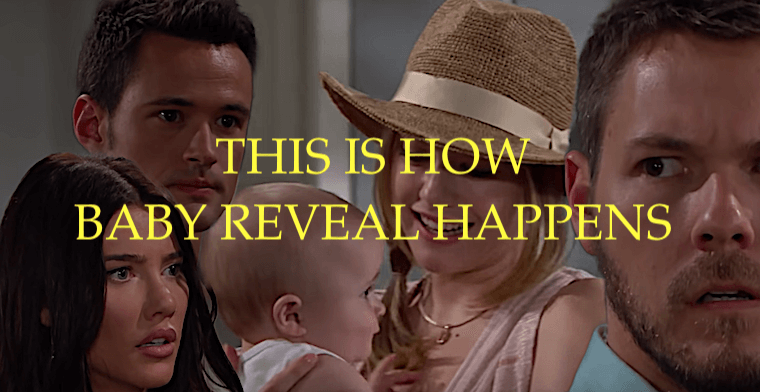 ‘Bold and the Beautiful’ (B&B) spoilers indicate that even the most die-hard B&B fans have to admit that by this point, the baby swap storyline has gotten out of hand. It’s gone on for way too long, and by involving almost everyone that’s in Bold and the Beautiful’s LA, things have just gotten way too ludicrous. But, let’s have some fun with it! Here are a few ways that baby Beth’s identity could be revealed to her Mom.

Top 10 Ways Hope Logan could find out about her baby

• A crimestoppers tip – Here’s one thing that the writers haven’t thought of, on any show at all, whatsoever. So what if someone called into crimestoppers and left an anonymous, detailed tip? It could be Flo, Xander, or any of the secret squad. Emma should have thought of it instead of rushing off where Thomas could find her. That way she could’ve made coin and Hope would be reunited with her baby, and she would possibly still be alive.

• Sleeptalking: They say that when you talk in your sleep, you can’t lie. So if some particularly guilty feeling party (say, Flo, for instance) fell asleep in the vicinity of Hope, they could blurt out the whole deal. Of course, they might just recant it all once they awoke, but hey the confession would still be out there.
• Hypnotism: In that same vein, someone could get hypnotized and spill the secret. However they might also end up thinking they were a duck for awhile, which would make their credibility just a little bit questionable.

• Put it on a jumbo-tron: Same principle as the skywriter, just a little lower to the ground and bit more public. Certainly there are screens in which to do this with, all one would have to do would be play it while Hope was at a Laker’s Game… with Thomas, just to watch the look on his face.

• Send an anonymous text message – I do believe this can be done on some providers, or perhaps on some apps. Just type in Hope’s number with all the info and bam, she has it and no one is incriminated! There’s really not any excuse with today’s technology how she could not find out about this child.

• Good old-fashioned medical records/medical record hacking – You know that Reese Buckingham left a paper trail somewhere! All that would have to happen is some incredible n00b of a nurse could stumble upon it and then turn it over to the cops, and voila! It’s prison time! Barring that, someone in the B&B-verse’s LA must be good at computers. Or, someone could get targeted by an anonymous hacker (or hacker organization), a fate worse than death for the secret squad would be getting exposed by these guys, for not only this crime, but for other crimes as well. (I vote Thomas. It would be fun to watch him be uncomfortable for once.) Alternately, there could always be a DNA test involved somewhere If Baby Phoebe’s mitocondrial DNA was proven to match Hope’s… I know about 4-5 people who would be up a creek!

The Bold and the Beautiful Spoilers: Baby Swap Has Gone On Long Enough

• Somebody needs to get really, really drunk – Seriously, one of the secret squad needs to knock a few back, get totally crunk and reveal to Hope (or Liam, hey, we’re not choosy!) about the whole baby swap deal. Yes, it could be blamed on drunkenness later but if they revealed it to the right person in the right moment with the right amount of temper behind it, then the more sober of the two (or more, if this is a group setting) could call the police and the law would get involved. There would be tears, people would get arrested (there might even be a brawl, fun!), but ultimately little Beth would be back with her Mother and all’s well that ends well.

But it hasn’t yet. However, if anyone wants to use one of these suggestions—go right ahead! Can’t wait to see how the actual reveal is going to go. Stay tuned!!!