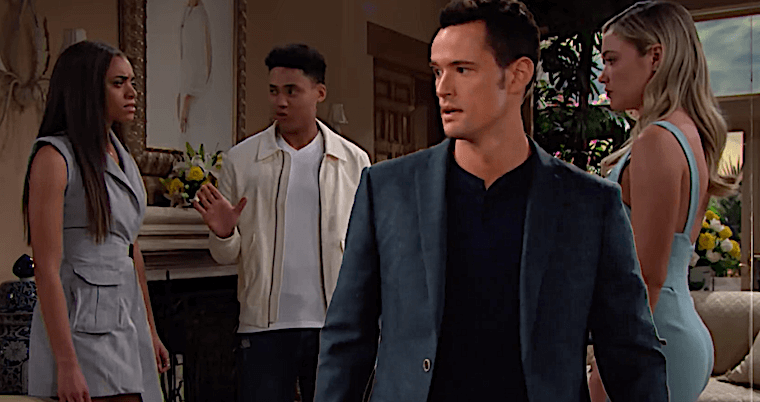 Bold and the Beautiful (B&B) spoilers for June 14th, 2019 indicate that Thomas Forrester (Mathew Atkinson) has had just enough time to realize that he has leverage on Zoe Buckingham and the secret squad and he’s about to start levelling some threats. Here’s what you need to know.

‘Bold and the Beautiful’ (B&B) Spoilers: B&B Analysis – Find Out Who Will Be the First To Spill the Beans!

Even though he ultimately decided not to tell Steffy Forrester (Jacqueline MacInnes Wood) about the illegal adoption because he didn’t want to ruin his sister’s life, now he will make sure that everyone knows that with one single slip of the tongue, he could easily ruin theirs. But he just has to make sure that none of the original secret squad open up before he does.

That means, at least for the time being, becoming the new head honcho over at secrets inc. and telling everyone to keep their mouth shut. Zoe is fine with this development, just peachy in fact. Now she has someone on her side, it seems! Someone who can help her keep these people in line and help keep all this information on the downlow.

There’s no real word on what methods Thomas will use yet. Zoe’s fine with keeping the secret. As we all know, Flo is being eaten alive by guilt and won’t be as fine with it. However, we have to realize that Thomas knows ‘the trail’ (anybody remember that episode of Friends? Just me? Oh well.), and as we all know, you don’t want anyone to find out about the trail!

The trail, in this case would be that Thomas is Steffy’s brother and if Thomas let it slip to Steffy then Steffy would immediately tell Liam. Liam would go and immediately tell Hope, and then Steffy would be down one dauhgter and possibly, her ex- husband as well. Alternately, Thomas could just go straight to Hope with the details and the secret squad’s world would implode. Flo doesn’t want to ruin things with Wyatt, who is Liam’s brother and his Mom, who’s letting her live in her mansion, so chances are Flo will comply and let things slide.

Xander however, is the true wildcard here. With the exception of Zoe, Xander has no real ties to anyone. Unlike Flo, he doesn’t have familial and relationship obligations on all sides, he just has one obligation and that is to Zoe—but if they break up (and there’s no guarantee that they won’t, secrets like this have been known to tear even the strongest couples apart), then his obligations are over and he will be free to tell Hope, Liam, or Steffy, anything he wants about the baby swap situation. Thomas might have to threaten bodily harm to get him to keep things on the downlow, no word yet, but we shall see.

Meanwhile, Ridge realizes that he’s in the doghouse. He and Brooke both want very different things for their children and its really put a strain on their marriage. Brooke wants Hope and Liam to work things out, but Ridge is Steffy’s Father and he doesn’t see anything wrong with Steffy getting the Father of her child back and his son, Thomas, finding love with Hope. Brooke doesn’t appreciate his opinion on her daughter’s marriage one bit and thinks it ludicrous that he even considers that becoming a Mom to little Douglas will replace Beth in any way.

Things will get heated and probably worse between them the more they discuss it. Ridge really picked the wrong Mama Bear to mess with. Even though, awhile back, they both said that they were going to stay out of their children’s love lives, however a lot of times that is easier said than done. Especially when one is a good parent and one just wants the best for their children, even if that conflicts directly with what your spouse is saying. Yike! Will the S.S. Bridge sink for good? Stay tuned! 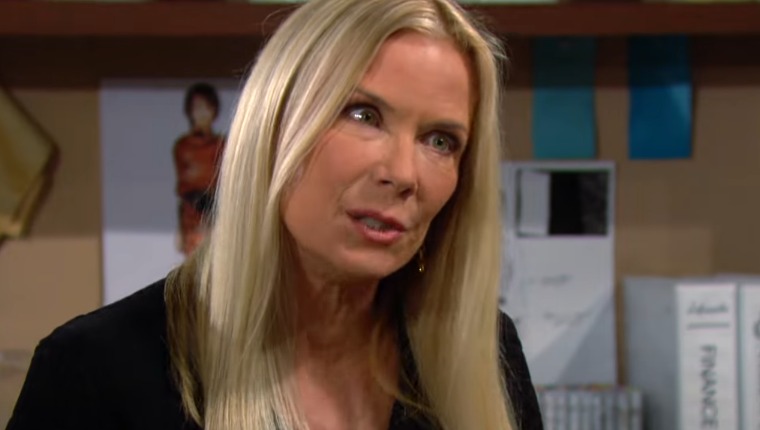