Days of Our Lives spoilers for November 17th reveal Wendy Shin (Victoria Grace) might end up regretting her mission to learn the truth of what Li Shin (Remington Hoffman) is up to. Meanwhile, Gabi DiMera (Camila Banus) gets some news. We’ll also see some major awkwardness when Nicole Walker’s (Arianne Zucker) two exes meet up. Here’s what you need to know.

Days of Our Lives spoilers: Beyond Salem…

First, Days of Our Lives spoilers indicate Wendy and Johnny DiMera (Carson Boatman) are on a foreign adventure to find Dr. Wilhelm Rolf (Richard Wharton). They’re a great team, as they figured out where Rolf’s lab likely is fast. And Johnny had a good idea in planting a wire on Wendy for when she visits Rolf. However, teasers reveal this plan might not go their way. In fact, Wendy might be in need of a rescue. And it seems obvious why.

Recently, Li learned his sister logged in from the very place he sent Rolf to. So, he’s right to assume his brainwashing scam might be exposed. Given the above teasers for Wendy, we’re pretty sure Li will give Rolf a head’s-up that company is on the way. Which should give Rolf time to prepare for her arrival. 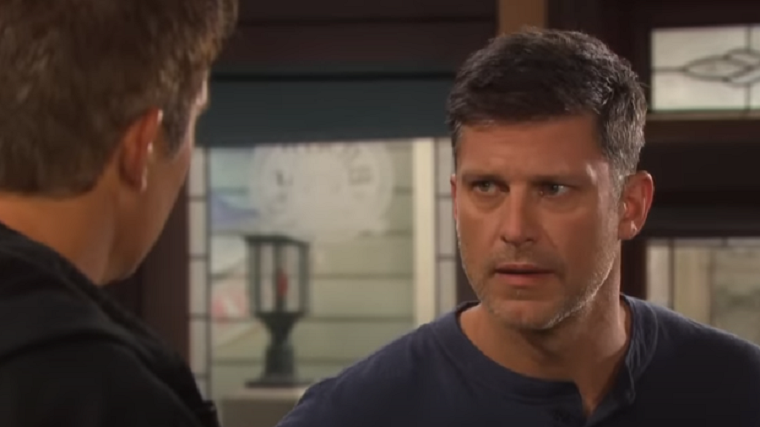 In other news, we loved watching Gabi drive Stefan DiMera (Brandon Barash) insane while he was trying to work. However, the fun and games are about to end for Gabi. She’s going to learn about the relationship between him and Chloe Lane (Nadia Bjorlin). We’re expecting Gabi to take it hard, as she’s already facing the possibility of losing her company again. And can we just say, Stefan’s “weather report” on her chances was classic? The writers are on fire right now.

Days of Our Lives spoilers: Round two…

Speaking of being on fire, Days of Our Lives spoilers indicate the scene where Rafe Hernandez (Galen Gering) learned about Nicole’s desire to get back with Eric Brady (Greg Vaughan) was some of the best writing of late. He was savage in his commentary, and we don’t blame him. She should’ve listened and walked away. However, it looks like Rafe might not be done blowing off steam.

Teasers indicate Rafe and Eric are about to have an awkward encounter. We’re sure Eric will be all apologies, just like Nicole was. But we doubt Rafe is in the mood to hear it after that exchange with Nicole. If Eric’s smart, he’ll walk away before Rafe takes things a step further than savage burns about failed marriages.