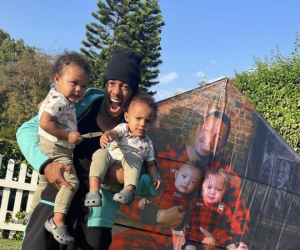 Nick Cannon is keeping his cards close to his chest after questions over whether he will have more children.

Nick, for his part, is a father to 11 children with four different baby mamas. He is on course to expect a 12th child provided that the pregnancy concerning Abby De Le Rosa goes ahead as planned.

While that is plenty to keep Nick occupied, he did not rule out having more children. After all, he has already shown that he is committed to the cause with reports that his child support bill exceeds $1 million annually.

In his comments, he said: “I don’t know, man. I have no idea. I think I’m good right now!” This should not come as a surprise for the following reasons. First of all, Nick has already shown that he loves children.

And with money not being an object, there is always a possibility he could have more. Secondly, following the death of his son, Zen, with a brain tumour in 2021, Nick suggested that he did not see himself having more kids.

And yet, he went on to backtrack on this which could happen again. The fans on social media began to mock Cannon for his comments. This was on the grounds that people felt it was inevitable that further children could be on the way.

And in the process of doing so, they drew parallels with Pete Davidson’s tendency to date numerous women. One person wrote: “You either date Pete Davidson or have a baby with Nick Cannon. Those are the only two life paths for women.”

As long as Nick is happy, then who are we to question otherwise. And that is the most important thing to remember regardless of what others may have to say about it all. We will have to see how this will all play out moving forward.

So there you have it folks. What did you think about this? Let us know your thoughts in the comments section below. If you liked reading this article, then check out our other features on the Daily Soap Dish.

Please also visit The Over Timer for all of the latest exciting news on all of your favorite daytime.