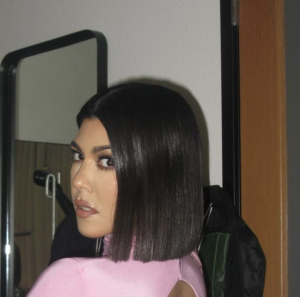 Kourtney Kardashian admitted that she kept her son, Reign’s hair following his haircut for the first time in two years in 2020.

This all played out during a joint interview involving Kourtney and Khloe Kardashian. And as part of that process, Kourtney decided to keep the hair in a draw. In the picture here, we can see that Reign has had a buzz.

This was a significant transformation from the long locks he had developed, which has now gone some way to make him look a little older. With that being said, this is what Kourtney had to say: “I have Reign’s hair because we didn’t cut his hair until he was five. So I have his long braid and I smell it often.”

Nevertheless, things were not easy for Kourtney. At the time of the haircut, she made it very clear that she was not happy that this had to happen. This led to her fan base being responsive on social media, as they questioned what she would do with the hair.

And looking back now, it was easy to see that Kourtney may have had something planned. In some prior comments at the time, she stated: “It will be with me forever.”

The fans on social media had a lot to say about the matter. A certain subset of people felt that this demonstrated just how much she cared for her son. And in the process of doing so, they sent out some very warm words. One person wrote: “A mother’s love.”

There will ultimately have to come a point where Kourtney ditches the hair, but based on what we have seen so far, she is not going to be doing that anytime soon. But in any event, she has had many memories from it, given the fact that she was willing to be so open with this story.