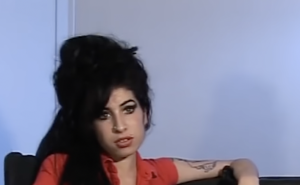 According to reports, pathologist Lisa Barker told jurors that Civil was found naked and face down in his underwear at a Leeds hotel on April 26, 2021, while staying with a friend, Dennis Lennon.

Barker said that Civil died at the scene from injecting heroin, which caused “fatal levels of morphine” in his body. He also choked on his own vomit, an internal examination revealed.

Shortly before his death, Civil escaped from Newton Lodge, a mental health unit on the grounds of Fieldhead Hospital in Wakefield. Civil was ordered to a mental institution in the autumn of 2018 following an unknown violation.

Doctors initially believed that Civil had paranoid schizophrenia, but it was later determined to have been because of drugs. According to Georgette Civil, her son Freddy’s hospitalisation was set to finish in June 2021.

In a statement that was read on her behalf, Georgette mentioned that Freddy had “raised a complaint of staff abuse” and that he was “moved around from ward to ward.“

The fans on social media had a lot to say about the matter. A significant proportion of the fan base were sad to hear that this had been confirmed due to drugs, as it brought back memories of what had happened with Amy. In 2011, at the age of 27, Winehouse died from alcohol poisoning after having quit hard drugs.

Meanwhile, others sent some very warm words to those connected with the deceased. One person wrote: “Every now and then I remember Amy Winehouse is dead and it makes me sad.”

It is clearly a very hard time for those connected to Freddy, which is why they will need the support of those close to them. And the fans on social media will support them every step of the way to make sure that they are fine.