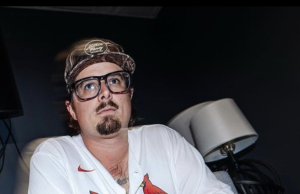 Singer Michael Wilson Hardy was reportedly involved in a bus accident alongside three of his tour members and their bus driver.

According to reports, the accident occurred on Sunday 2nd October 2022. During the course of that process, Hardy had just been performing at the Country Thunder festival prior to the accident.

And by the looks of it, it was quite a serious ordeal indeed. In an official statement given by Hardy, he said: “There were just four of us, including myself, on the bus, however we were all treated for significant injuries.

“Our friend, and bus driver needs your prayers as he is still in the hospital. His family is with him as he is being treated and we’re all pulling and praying for him.”

It is not exactly clear what caused the incident, as nothing has been disclosed as of yet. Therefore, there is always a possibility that there could be an investigation in order to see if there was any negligence on anyone’s part.

Although that is something that could be considered, there was some positive news. Hardy expanded on how he had been released from hospital, which rules out any suggestions that he has suffered life-threatening injuries.

His following comments confirmed as much: “[I have been] released from the hospital, but ordered by doctors to recover for the next few weeks which may cost us at a couple of shows.”

The musician’s next show is expected to be at the Globe Life Field in Arlington, Texas on Saturday, 8th October 2022. It is too early to tell whether Hardy will be in the right mental frame of mind to perform.

His injuries may not be there, but there is the fact that the driver is suffering. With that being said, Hardy vowed to keep his fans updated on things moving forward. He stated: “My team and I will keep the fans updated on that as I rest in the coming days.”