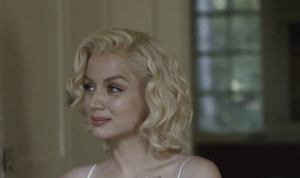 Planned Parenthood has blasted the new Marilyn Monroe movie, ‘Blonde,’ on the basis that it is too in favour of pro-life.

Planned Parenthood is a non-profit organisation that exists within the United States which provides reproductive healthcare. And following the recent overruling of Roe v Wade, which has now allowed individual states to decide whether or not abortion should be lawful as opposed to it being a federal right across the board, the movie’s stance on the issue was called out.

After all, one scene in the movie allegedly shows Marilyn having had two abortions against her will with the use of CGI fetuses. And to finish the scene, the fetus is allegedly heard asking Monroe the following: “You won’t hurt me this time, will you?”

Caren Spruch, who happens to be an BA fishing for Planned Parenthood, had this to say: “[It’s] anti-abortion propaganda…As film and TV shapes many people’s understanding of sexual and reproductive health, it’s critical these depictions accurately portray women’s real decisions and experiences.”

This is not the only thing that the movie has been criticised for. Others have called out the project on the basis that it exploited Monroe in the manner that she was depicted. And given that she was no longer alive, there was no way of getting Marilyn’s true reflection across.

That is why Courtney Stodden made it very clear that she would not be watching the movie at all. In her comments at the time, she stated: “I will not be watching. As somebody who understands what it feels like to be exploited in a sexual way and then have people turn you into a joke when you are not a joke.

“I think diving into that is a little disrespectful.” It is safe to say that the movie has not resonated with the public nor with the fans of Monroe. So there you have it folks. What did you think about this? Let us know your thoughts in the comments section below.