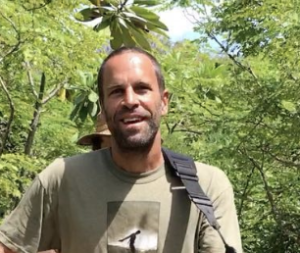 Musician Jack Johnson got immediate protection from a fan, who continued to stalk him at his shows.

According to reports, the singer decided to get a restraining order against the fan on the basis that she had allegedly accosted him on numerous occasions at the hotel he was staying in.

Not only that, but this is something that has been corroborated by his band mates which is why legal action has been taken in order to prevent something from escalating and getting out of control.

The legal documents, according to TMZ, confirmed the following: “Jack claims the woman traveled to Houston, Texas on Aug. 26 and got in his face at his hotel.

“The interaction was so frightening, not only for Jack but also for the bandmate who saw it all go down, Jack and his band bounced until cops came and detained the woman.”

But this was just the start of it. It is also alleged that the woman gets close to Jack by purchasing the VIP tickets that are on offer. This would usually provide a fan with an opportunity to meet the musician backstage in private or on a meet and greet basis.

And given that Jack’s tour dates are available online, it has allowed the woman to keep track of his movements which has now gotten overwhelming. TMZ added: “His alleged stalker often buys VIP packages to his shows in order to get close to him.

“JJ also says she emails him and his management, claiming she’s been the victim of a long-term financial scheme … conning her out of millions of dollars.”

The fans on social media were understandably concerned by this. And this was  unfortunately something that high-profile celebrities had to come to terms with. One person wrote: “Terrible.”

The sooner the authorities get to the bottom of this, then the better it is for everyone involved. So there you have it folks. What did you think about this? Let us know your thoughts in the comments section below.