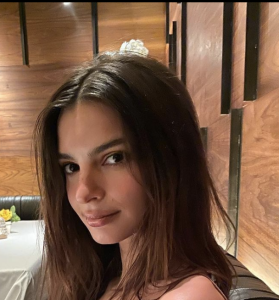 Emily Ratajkowski is the latest celebrity to criticise the Marilyn Monroe movie ‘Blonde.’

The film has been heavily criticised, which stars Ana de Armas as the main character, on the basis that it has misogynistic themes. And as part of that process, it is seen as disrespecting an iconic figure.

Although that may be the case, Emily has not actually watched the movie. And yet, she still came out to give her opinion on the matter based on what she had heard about the movie.

In a post to her fans on TikTok, she said: “I’m not surprised to hear that it’s yet another movie fetishizing female pain, even in death. We love to fetishize female pain … We obsess over dead girls and serial killers.

“As women — I mean, I can say for myself for sure — but I’ve learned how to fetishize my own pain and my own hurt in my life.” Nevertheless, Emily’s comments have to be questioned. First of all, her opinion cannot be validated until she has actually seen the film.

Just as there are critics against the film, there are those who have backed it. Secondly, her comments may appear to be riding on the bandwagon of others who have spoken out. Take for example, Courtney Stodden.

The former made it very clear that she had no intention of watching the movie on the basis that she felt it was exploiting the name of Marilyn. In her comments at the time, Courtney remarked: “I will not be watching.

“As somebody who understands what it feels like to be exploited in a sexual way and then have people turn you into a joke when you are not a joke, I think diving into that is a little disrespectful.”

If the film continues to get such negative press, then the chances of it resonating with the audience are very slim. So there you have it folks. What did you think about this? Let us know your thoughts in the comments section below.