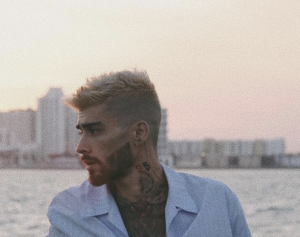 Zayn Malik has allegedly unfollowed his ex Gigi Hadid amid the recent news of her apparent romance with Leonardo DiCaprio.

Zayn and Gigi were not on good terms after reports that Zayn was not happy that Gigi’s mother, Yolanda Hadid, may have leaked the news of her daughter’s pregnancy to the press. And as part of that process, it is claimed that Zayn assaulted her. While that may have been the case, Zayn denied doing anything of the sort.

But that has left some bad blood between the family, which has now been compounded by Zayn unfollowing Gigi. Nevertheless, Gigi is still following the musician and even took the time to mention him when it comes to significant occasions.

This was most recently seen when she tagged him for their daughter Khai’s second birthday. In the picture here, we can see Khai enjoying her birthday cake which has been modelled around the cartoon of Peppa Pig. The post was captioned by the following comments: “Her baba threw her the best birthday party@Zayn.”

This should not come as a surprise, as the duo vowed to be there for the sake of their child. Although Zayn unfollowing Gigi suggests that there is an element of disharmony, the fact of the matter is that Zayn only knows the reason why he decided to do it.

In addition, there is also a possibility that he simply wanted to separate his social media from his business and personal life. The fans on social media had a lot to say about the matter. A certain subset of people could not understand why Zayn would decide to do this since Gigi is still the mother of his child.

After all, it made sense to have a good relationship with her. One person wrote: “WTF zayn unfollowed Gigi his baby’s mother! Really???” So there you have it folks. What did you think about this? Let us know your thoughts in the comments section below.