Skip to content
Home > The Bold and the Beautiful > ‘The Bold And The Beautiful’ Spoilers: Deacon Sharpe (Sean Kanan) Now Stretched Between TWO Crimes, Is There Any Way Out For Him?

‘The Bold And The Beautiful’ (B&B) spoilers that there might be too much on Deacon Sharpe’s (Sean Kanan) plate right now. He is now involved in another crime in a city 2,000 miles away in addition to dealing with Sheila Carter (Kimberlin Brown) and the drama surrounding her faking her death and returning to town only to shack up with him!

As you are probably aware, there will be a crossover between B&B and Y&R, and Melody Thomas Scott’s character Nikki Newman will meet with Deacon to discuss his role in concealing Diane Jenkins’ (Susan Walters) false death. Is Deacon reaching his breaking point now?

‘The Bold And The Beautiful’ Spoilers: Deacon Sharpe (Sean Kanan) Now Stretched Between TWO Crimes, Is There Any Way Out For Him?

Deacon has long been a fan favorite, and many fans have been heartbroken by seeing him put so much effort into getting back in touch with his daughter Hope Logan (Annika Noelle), only to lose it by aiding Sheila. However, getting involved in another crime may just be the ultimate test.

Dealing with Sheila alone must be stressful enough, but adding someone like Nikki Newman would be the gravest stressor, and I don’t think Deacon will get out of this situation unscathed. He will need to stop and carefully consider everything because there is just too much going on.

There are high hopes for what comes next, but I’m not sure anyone wants to see Deacon return to prison if that’s what happens. How has he been doing so well, only to be thrust into two of the most bizarre crimes ever and forced to deal with it alone? Deacon, good luck is what you’re going to need. We’ll be rooting for you and hopefully, you’ll come out on top of this and you’ll get to stay with your daughter and continue rebuilding your life.

What do you think? Will Deacon end up in jail after all is said and done? How will he find a way to make it out of this? Let us know in the comments below. 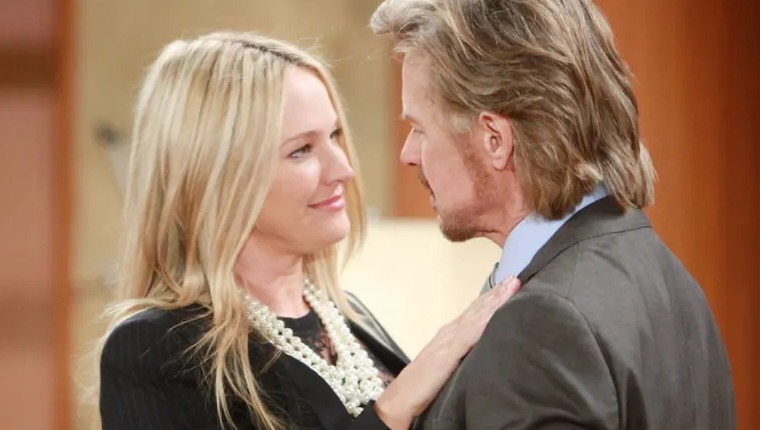