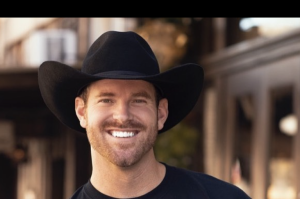 Former star of ‘The Bachelorette’ James McCoy Taylor was reportedly arrested on the grounds of driving while intoxicated and unlawfully carrying a weapon.

‘The Bachelorette’: James McCoy Taylor Arrested For DWI And Unlawfully Carrying A Weapon

James first introduced himself to the fanbase when he competed on JoJo Fletcher’s season of the show. Although that was the case, he failed to win her over as James was sent home in the seventh week.

Despite having made it so far on the show, James did not have any regrets that he ended up walking away without JoJo. After all, it was an experience that he could use and learn from going forward.

In his comments at the time, James stated: “Sure, we all wanted the girl. But I think I did it the right way. That’s been great for me now because people want to keep in touch, be friends and help each other where we can.”

But to make matters worse, his current conduct has also failed to impress. According to reports, James was taken in by the authorities on Saturday, 10th September 2022.

During the course of that process, he was taken to College Point Police Station. He was later released with a $2,000 fine for driving while intoxicated and on a $4,000 bond for the possession of the weapon.

James has yet to publicly respond to this which is understandable due to the negative media scrutiny that could generate. The fans on social media, though, blasted James for his conduct. This was on the ground that the arrest did not look good in light of his prior track record over comments he had made.

One person wrote: “The same James McCoy Taylor who accuses liberals & LGBTQ people of being groomers but he was just arrested for DUI with an 18-year-old girl in his car who was so drunk she didn’t know where she was.”

It is safe to say that this was not James’ finest moment. So there you have it folks. What did you think about this? Let us know your thoughts in the comments section below.