Skip to content
Home > TV > The Bachelor > ‘The Bachelor’: Zach Shallcross Is The Show’s New Lead 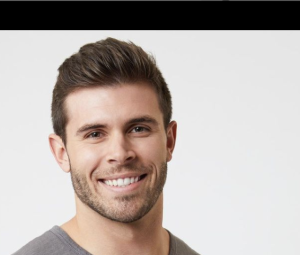 Zach Shallcross has been confirmed as the new lead on ‘The Bachelor.’

‘The Bachelor’: Zach Shallcross Is The Show’s New Lead

The star first introduced himself to the fan base on season 19 of ‘The Bachelorette.’ During the course of that process, he did make a significant impression with lead  Rachel Recchia having made it to the fantasy suite week.

While things did not end well due to Rachel’s alleged concerns that Zach was not ready to commit to marriage, he has the chance to put things right now that he has been given this opportunity.

And by the looks of it, he could not be any happier. In his comments, he said: “This is pretty incredible. I’m obviously really nervous, but honestly, this is a once-in-a-lifetime, awesome, incredible opportunity.”

This is hardly a surprise, especially since initial reports indicate that Zach was one of the leading contenders. This was on the basis that he resonated with the audience. But prior to this happening, there was a possibility that Nate Mitchell could also have been given the go ahead.

However, concerns over his prior dating history were allegedly enough to ward off the producers. With that being said, Zach was seen as the most appropriate candidate. A source confirmed the following: “He’s been a front-runner for a while. There’s no denying that the audience loves him.”

The response on social media, though, no was not so receptive towards Zach. This was on the grounds that people felt his personality was lacking. And in the process of doing so, they began to bash him. One person wrote: “Idk how they keep picking a progressively more boring person each time…but they do *sigh.”

Filming for the new season will begin this month on Monday, 26th September 2022, which means there is plenty of time for fans to speculate over Zach. Time will tell how he fares with the public.