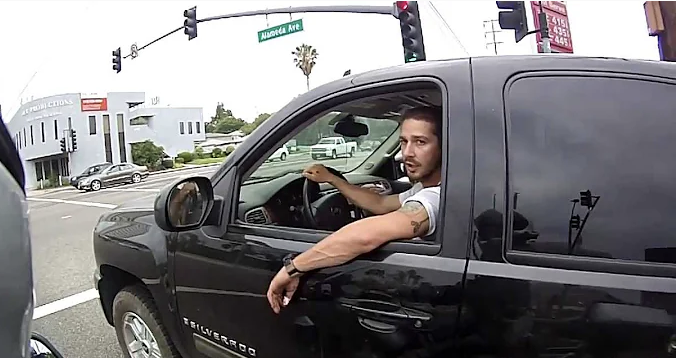 Shia LaBeouf has praised his ex-girlfriend FKA Twigs for saving his life in a heartfelt disclosure.

Shia LaBeouf Praises His Ex FKA Twigs For Saving His Life-‘She Is, For Me, A Saint’

This revelation was a shocking thing to say the least, especially since Twigs had sued the actor in 2020 on the grounds of assault, battery and distress. This resulted in serious allegations that Shia had choked her and even intentionally gave her an STD. While that may have been the case, Shia denied doing anything of the sort.

But now that some time has passed, Shia wanted to thank Twigs for saving his life since he did previously admit that he considered suicide. In his comments, he said: “I wanted to go on Twitter and write all these things.

That experience made Shia realise that something had to change in his life. As a result, he gave up alcohol which has been a game changer. The actor has been sober for over a year, which has resulted in him having a new perspective on life.

So much so that he recently converted to Catholicism after having initially considered taking his own life. Despite the frankness being shown by the star, the fans on social media were quite hostile towards Shia.

This was on the grounds that his comments against Twigs came across as bizarre in light of the horrific things that she had accused him of doing. One person wrote: “This man is sick in the head,” while another person stated: “Is anyone really buying tickets for Shia’s redemption tour? I call BS on all of this.”

Shia may have taken steps to change himself, but it will be a while before he is accepted back into the public fold. So there you have it folks. What did you think about this? Let us know your thoughts in the comments section below.