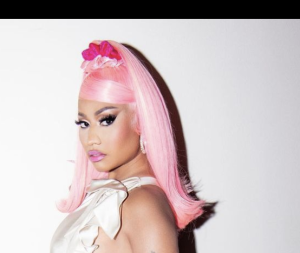 Nicki’s comments arrived on the back of Garcelle being very vocal about her 14-year old son, Jax, receiving racist abuse on social media. But rather than having any sympathy towards Garcelle, Minaj was adamant that this was all part and parcel of being in the public eye.

Therefore, if Garcelle could not deal with such things, then she should question her role on being on a reality TV show. With that being said, Nicki did not hold back. In her comments, she said: “This lady is on one of the ‘Real Housewives’ [shows] talking about, ‘Leave my son alone.

“Don’t leave comments under my son’s page. B**ch, if you can’t … stand the motherf–king heat, get out the kitchen, b**ch.” But this was not the primary reason for the criticism.

It it is alleged that Garcelle had an interview with, Jennifer Hough, who was the one who accused Nicki’s husband, Kenneth Petty, of rape. And given that Nicki ultimately ended up having a child with Kenneth, that background noise was very difficult for her to deal with.

The fans on social media slammed Nicki for her comments. This was on the grounds that her words were seen as defending Kenneth, who had been involved in such controversy.

And in the process, they began to make some rather harsh comments against Nicki. One person wrote: “Nicki is so wrong for this. She is an embarrassment on all levels.” It will be fascinating to see if Garcelle does hit back with her own comments.

So there you have it folks. What did you think about this? Let us know your thoughts in the comments section below.If you liked reading this article, then check out our other features on the Daily Soap Dish. Please also visit The Over Timer for all of the latest exciting news on all of your favorite daytime television.