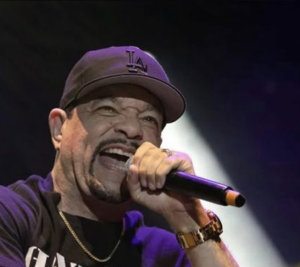 Rapper Ice-T opened up about the dangers of gang culture in Los Angeles.

The star’s comments were made in relation to the lack of jewellery being worn by rappers in the area. This was on the basis that he wanted to minimise the chances of being robbed, especially at a time where the economic consequences of the pandemic has led to an increasing rate of crime.

And In the process of doing so, Ice-T made it clear that this was not just an exception when it came to himself. But rather this was something that other rappers were conscious of too.

In his comments, he said: “People are still hitting me up about my comments about LA Gang culture. If you NOTICE, LA rappers don’t wear a lotta Jewelry… Me, Snoop, Cube, Dre, Game, Kendrick. The list goes on.

“It’s not cause we’re broke. LA is just a Dangerous place,rapper or not. Why test the streets.” Ice-T’s comments do have some credence. It was only just recently that rapper PnB Rock was shockingly shot as a robbery took place.

During the course of that process,  PnB Rock had allegedly seen his jewellery being taken as the suspect ran from the scene. And that element of gang violence was there for all to see. However, that does not mean that Ice-T doesn’t like his jewellery.

His following comments confirmed as much: “That’s on certain occasions when you’re ready for whatever [to wear it]… I have Big Jewelry too… But you don’t wake up EVERYDAY and put it on to go down the block.”

The fans on social media resonated with the rapper’s comments. A certain subset of people were adamant that this was a real issue. One person wrote: “The OG been tryna tell y’all for DECADES but nobody wanna listen.”

Ice-T certainly made his position clear, and that is not going to change anytime soon. So there you have it folks. What did you think about this? Let us know your thoughts in the comments section below.