British Royal News says that this isn’t something no one expected to see. The Duke and Duchess of Sussex have joined the Prince and Princess of Wales to view flowers right outside of Windsor Castle. Here’s what you need to know.

William, Harry, Kate and Meghan shocked the world by coming together to grieve the loss of their beloved grandmother, Queen Elizabeth. As many fans know by now, there have been rumors of a rift between the two couples since Prince Harry made the controversial decision to break off from the Royal family and move to California. However in his first speech as King yesterday, Charles III spoke of his love for the couple, “as they continue to build their lives overseas.”

The two couples viewed flowers and tributes outside the Castle gates and then made their way down the road outside, shaking hands and speaking to hundreds of members of the public who had gathered to see them. 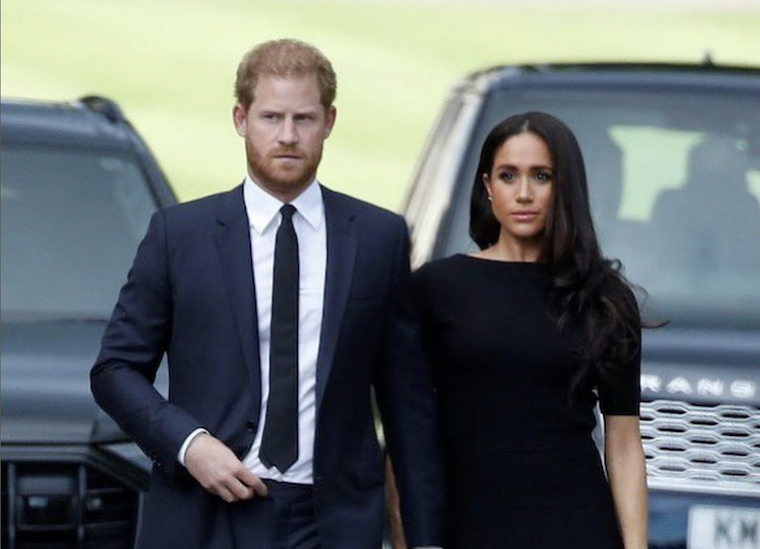 In a statement released earlier, the new Prince of Wales said: “On Thursday, the world lost an extraordinary leader, whose commitment to the country, the Realms and the Commonwealth was absolute. So much will be said in the days ahead about the meaning of her historic reign. I, however, have lost a grandmother. And while I will grieve her loss, I also feel incredibly grateful. I have had the benefit of the Queen’s wisdom and reassurance into my fifth decade.”

He added his wife, the Princess of Wales, had had “twenty years of her guidance and support. My three children have got to spend holidays with her and create memories that will last their whole lives. She was by my side at my happiest moments. And she was by my side during the saddest days of my life. I knew this day would come, but it will be some time before the reality of life without Grannie will truly feel real.