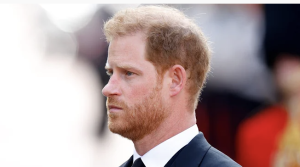 Prince Harry was reportedly desperate to keep the birth of his son, Archie, private.

That is according to royal expert Katie Nicholl in her book entitled, ‘The New Royals: Queen Elizabeth’s Legacy and the Future of the Crown.’ It is no secret that Harry made it clear that one of the main reasons why he and Meghan Markle decided to leave the firm was to avoid the media intrusion.

This has been seen in the manner in which they have kept their kids outside of the limelight, even if they have not been shy in speaking to the press themselves. With that being said, Harry was keen on doing everything in his power to keep it as discreet as possible.

A source said the following: “One source described Harry as being ‘almost morbidly obsessed’ with keeping Archie’s birth as secret as possible.” This did generate quite a few problems for the following reasons. First of all,  royal protocol dictates that both parents and their newborn baby are to pose outside the hospital.

This is to allow those who wish to send their best regards an opportunity to do so, as well as giving photographers an opportunity to take some photos and ask questions. And yet, it appears that the Sussexes managed to get around that somewhat. In her book, Katie wrote: “Harry had always enjoyed outfoxing the media.

“He and Meghan were thrilled to be safely delivered of their son in London’s private Portland hospital even before the palace press office had confirmed the duchess was in labor.”

The fans on social media were not convinced that the children’s privacy would remain. A certain subset of people were of the view that their children may be the only thing keeping them relevant in the future. One person wrote: “Harry obsessed about the kids’ privacy, until the kids are all they have left to make money.”