In a scene similar to Princess Diana’s funeral with Prince William and Prince Harry, both Prince George and Princess Charlotte walked behind Queen Elizabeth’s coffin as they bid farewell to their beloved great-grandmother one last time. Here’s what you need to know.

George, nine, and Charlotte, seven, were the youngest members of the royal family to follow the Queen’s coffin through Westminster Abbey. The young prince, who became second in line to the throne following the Queen’s death, walked behind his great grandmother’s coffin alongside his sister as part of a solemn procession past hundreds of guests through the church. The royal siblings were among 2,000 guests at her state funeral, joining their parents, the Prince and Princess of Wales, along with world leaders and national figures.

As the young royals followed their great grandmother’s coffin, flanked by their parents, Charlotte held her hands clasped in front of her while George had his arms by his side. The foursome walked a little behind the King, Charles III, and Camilla, Queen Consort, and ahead of the Duke and Duchess of Sussex. The young royals had arrived earlier in a car with the Queen Consort and their mother, the Princess of Wales.

George was dressed in a dark navy suit and tie, while Charlotte wore a black coat dress with pleats at the back and a hat with a ribbon tied at the back. She also wore a small silver horseshoe brooch which was gifted to her by the Queen. Ahead of the service, the Princess of Wales could be seen holding Charlotte’s hand, and giving her a reassuring touch on the shoulder. Kate and the two children waited to one side of the abbey’s doors, watching quietly as the Queen’s coffin was borne in.

The trio then joined the Prince of Wales to form a row of four as they followed the coffin to the front of the abbey. After taking their seats, the children could be seen studying their order of service at various points. 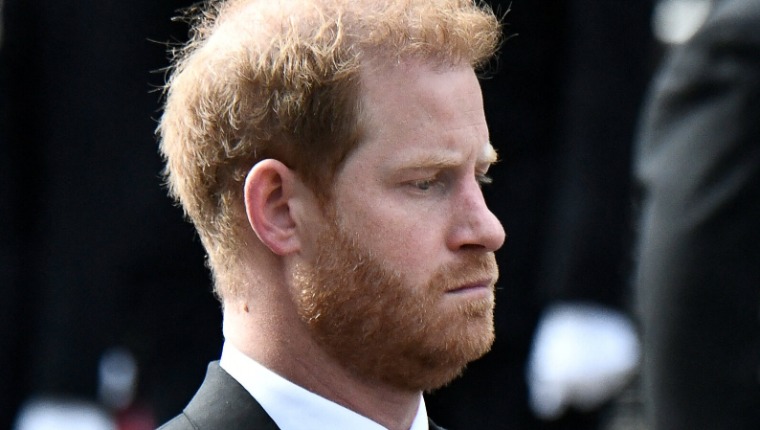