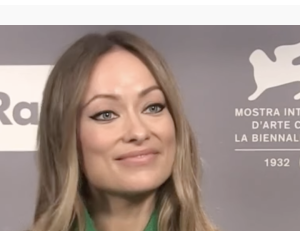 Olivia Wilde and Florence Pugh allegedly screamed at each other on the set of ‘Don’t Worry Darling.’

The movie had been clouded by controversy in the run-up to its release, which has ultimately played out in the negative approval ratings among the critics. According to Rotten Tomatoes, the movie only received a 38% approval rating on the Tomatometer. And as part of that process, it seems there were issues with the cast members.

According to reports, the two women had a massive argument that led to a “screaming match.” It is claimed that Florence was outraged by Olivia’s absence from the set, which may partly have been due to her romance with Harry Styles.

And since Harry was also in the film as a key character alongside Florence, that would have made things more awkward. A prior source confirmed the following: “I can tell you for a fact that Flo seeing Olivia and Harry all over each other on set did not go down well as Olivia was still with Jason when she first hooked up with Harry.”

This may explain the reason why Florence was not present at a press conference about the movie at the Venice Film Festival. It is alleged that she was pictured drinking a cocktail during the same time, while Olivia countered any scrutiny around that by stating she had nothing but good things to say about Florence.

The fans on social media were not surprised to hear such a thing. A certain subset of people felt that there were simply too many problems on set, which was also clouded by conflicting narratives over whether Olivia had fired Shia LaBeouf.

One person wrote: “Wow so the[re] were a lot of problems on set. She [is] definitely not gonna work with her again.” Neither Florence nor Olivia have yet to address this publicly, but on balance, the damage has already been done.