NBC ‘Days of Our Lives’ (DOOL) spoilers reveal Stephanie Johnson (Abigail Klein) has some big news to share. Meanwhile, it seems like Steve Johnson’s (Stephen Nichols) is in a bit of trouble with Jada Hunter (Elia Cantu). Plus, there will be an encounter we don’t even want to know about. Here’s what you need to know.

NBC ‘Days of Our Lives’ Spoilers: Guess what?

First, ‘Days of Our Lives’ spoilers reveal Stephanie delivers surprising news to Abe Carver (James Reynolds) and Paulina Price (Jackée Harry) about his campaign. Now, we know they already did a lot of research and found Abe is a popular guy. And unless the groundwork Paulina did was short-sighted and didn’t look beyond Salem, we can’t imagine this being anything but good news. We’re both looking forward to seeing where this goes and nervous as well. The last time this show featured a political campaign, it got pretty heavy-handed.

NBC ‘Days of Our Lives’ Spoilers: What’s your problem?

Elsewhere, Jada’s return to Salem has been, well, mixed to say the least. When she’s not busy marveling over the insanity of the place she chose to settle in, she’s getting grilled by ex-wives or dealing with combative suspects. Well, it’s not getting any better apparently. On September 7, she reads Steve the riot act. We’re going to assume the kidnapping thing has gotten out and Jada is less than pleased her father’s old friend didn’t tell her what was going on. We can see Jada wanting to be part of anything this important to Steve. Well, that and she doesn’t seem the type that would advocate going lone wolf when crimes are going on.

NBC ‘Days of Our Lives’ Spoilers: Love in the air

In other ‘Days of Our Lives’ spoilers, said crime was yet another in a long line of traumas Marlena Evans (Deidre Hall) and John Black (Drake Hogestyn) have been through. But it appears they bounce back quicky. John and Marlena have a day of romance. Obviously, they’ll be celebrating the rescue and embracing the moment after almost getting killed by Orpheus (George DelHoyo).

NBC ‘Days of Our Lives’ Spoilers: Hello, there

Speaking of Orpheus, it seems he’ll visit Dr. Wilhelm Rolf’s (Richard Wharton) secret lab. We’re assuming that Orpheus knows of the lab because he’s keeping tabs on those he helped. And with Rolf’s reputation, we’re pretty sure Orpheus sees him as just the man to help with his revenge. We also imagine if Dr. Rolf tries to resist helping, the whole matter of Orpheus basically being responsible for his pardon will be the perfect thing to inspire obedience. 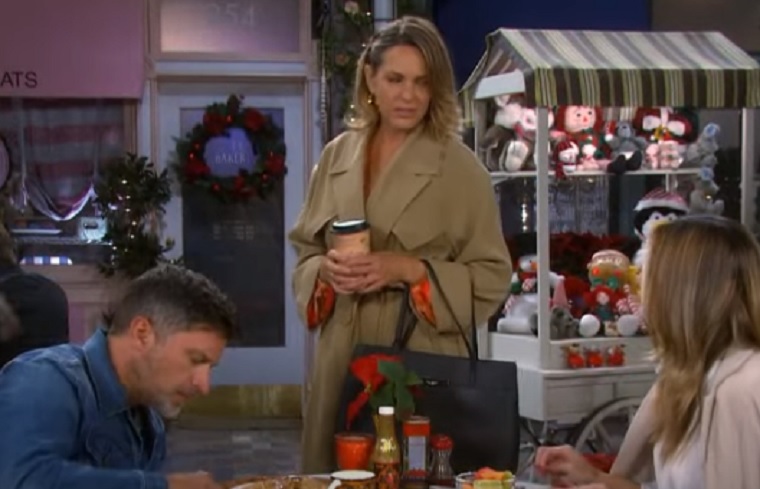