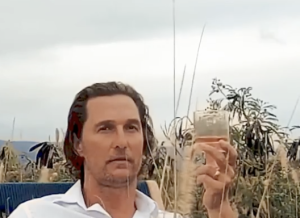 Matthew McConaughey opened up on how he did not let the experience of being molested impact his future relationships.

The actor just so happened to experience being molested while he was a teenager and had allegedly been blackmailed into sex. And as part of that process, he did not go to therapy which meant that he was dealing with the fall out by himself. But through it all, he kept a strong mindset that this was not going to knock him back.

That was easier said than done when we look at the circumstances in which this ordeal played out. It happened when he was 15 which resulted in Matthew being knocked out unconscious into a van. Things have gotten a lot better, though, as he is in a happy relationship with none other than model Camila Alves.

They have been married since 2012 and their relationship has gone from strength to strength. And by having such a strong support network around him, he has managed to overcome the issues that have come his way. His following comments confirmed as much: “I’ve had very good friends. I’ve had good mentors.”

The fans on social media were not so receptive towards Matthew speaking about this. A certain subset of people questioned why it took him so long to address this. One person wrote: “I just don’t care for victimhood. Especially from Hollywood celebs. It seems to be the new epidemic.”

Regardless of what you think about Matthew, it did take him a lot of courage to speak out about this openly. So there you have it folks. What did you think about this? Let us know your thoughts in the comments section below.