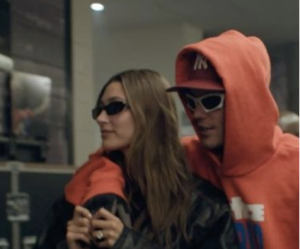 Justin Bieber and Hailey Bieber‘s house was reportedly trespassed while they were away.

According to reports, their security team noticed a man who had broken into the backyard where he was apparently hanging near their barbecue. Thereafter, it is claimed that there was a chase.

But rather than apprehending the man, it seems that he got away. Luckily for everyone involved, nobody appeared to be hurt and there is nothing to suggest that any items were taken.

A source told TMZ the following: “Cops were called to the couple’s home in an exclusive gated Los Angeles community last Saturday … after Justin’s security said they saw a guy in the backyard, hanging out by the couple’s BBQ.”

As of now, the authorities have not been able to track down the perpetrator. In addition, it is not exactly clear how the man managed to make his way into the backyard which is significant since it will help to prevent further beaches down the line.

This is the last thing that Justin wanted to go through since he recently cancelled his ‘Justice’ world tour after citing health reasons. This was in and amongst his battle with Ramsay Hunt Syndrome that did lead to his face becoming paralysed at one point.

Not only that, but this is not the first time that Justin has seen his space violated. He also had to experience a similar thing when a woman somehow managed to get into his hotel room.

The fans on social media had a lot to say. A significant proportion of fans were relieved that nothing serious happened, as who knows what could have emerged on any other given day. One person wrote: “THANK GOD THEY WERE NOT HOME!!!!”

The couple have yet to come out with a statement in response, but in any event, they will be happy that things turned out fine in the end. So there you have it folks. What did you think about this? Let us know your thoughts in the comments section below.