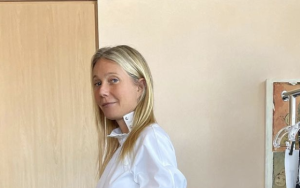 Gwyneth Paltrow has compared her daughter Apple’s journey of starting college to that of her giving birth.

The Hollywood actress and business mogul shares two children with her ex-husband Chris Martin. While they may no longer be together, she just has a very good relationship with the Coldplay singer for the sake of their kids.

And as Apple is now 18-years-old, she is getting ready to move on to the next stage of her life. And that did make Gwyneth feel a little emotional. In her comments, she said: “I know this sounds nuts, [but] it feels almost as profound as giving birth.”

Much in the same way, Gwyneth also shares the same type of emotion for Chris. She expanded on how the duo are willing to make whatever sacrifices are necessary in order to make sure that their children are happy. After all, there were serious question marks over whether their divorce could have impacted the welfare of the children.

Chris is from the UK, while Gwyneth is from the US. That could have made things very difficult had it not been for both of them coming together. Her following comments confirmed as much: “He’s completely my family, and I love him.

It is not exactly clear what Apple is going to study, but she does have her parents to look towards. Her mother is a successful Hollywood actress, as well as being a huge name in the field of wellness as shown by her ‘Goop’ brand. Meanwhile, her father is part of one of the biggest bands in the world.

And whatever she ends up doing, if she can achieve half of what her parents have done, then she will be just fine. So there you have it folks. What did you think about this? Let us know your thoughts in the comments section below.