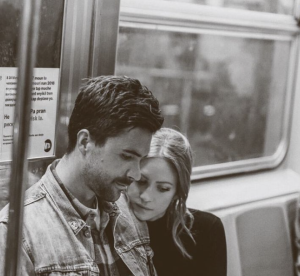 Fans have reacted to the news of Brittany Snow and her husband Tyler Stanaland splitting up.

The duo began dating each other in 2018 after which they decided to walk down the aisle in 2020. But after two years of marriage, it seems that the pair were no longer compatible. Their relationship was not helped when Tyler recently stated that Kayla Cardona had made an advance on him on more than one occasion.

Although Tyler admitted that this did not affect his marriage at the time, the fact of the matter is that it does not look very good when we look at things now. In his comments at the time, he said: “One night, Kayla did try and kiss me.

“And then it happened another night as well…I am just kind of trying to minimize it and brush past it so that … there isn’t drama.” With that being said, there are obvious question marks over the reason why they have decided to part ways.

Tyler has responded with an official statement claiming that they want to live a life that fits in with their priorities. The implication seems to be that they are not on the same page, which is why it makes sense for them to part ways.

But in doing so, he revealed that they still have the utmost respect for each other. In a statement, Tyler stated: “After time and consideration, Britt and I have made the difficult decision to separate.

“This decision was made with love and mutual respect for one another. We have realized we need to take some time and make sure we are each living our most fulfilling and authentic lives.”

The fans on social media did not have a positive view of Tyler. This was on the grounds that he had not been treating her in a manner that was fitting. One person wrote: “I’m so glad she knows her worth.. He was beyond disrespectful to his wife in that disgusting whorish show .. she truly deserves better than him.”

As long as the pair are happy now, then that is the most important thing. So there you have it folks. What did you think about this? Let us know your thoughts in the comments section below.