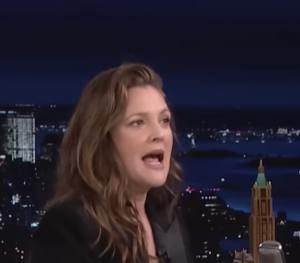 Drew Barrymore opened up on her recent friendship with Britney Spears that was characterised by secret behind the scenes communication.

Drew, for her part, understands what it feels like to go through a traumatic experience. She ultimately had the ordeal of being sent to a psychiatric unit during her early years. And as part of that process, she did harbour some resentment towards her mother who made the decision at the time.

While that may have been the case, she recognised that her mother did what was best for her at the time. Much in the same way, Britney also expressed her anger towards her parents in light of the 13-year-old conservatorship that plagued her. After all, Britney did state that she suffered from ‘abuse’ during this period.

With that being said, Drew reached out to Britney in 2021. And by the looks of it, their friendship has gone from strength to strength. In her comments, Drew said: “I made friends with Britney about a year and a half ago, and we sort of had some secret exchanges.

“And I know that sounds nefarious. It was exactly the opposite. It was very connective and honest and we’ve both been through a lot of things.”  This friendship was most notably seen when Drew happened to be one of the people invited to Spears’ wedding with Sam Ashgari.

And after having seen Britney finally find some happiness in her life, Drew was delighted at the prospect of seeing her friend come out of her struggles into something positive. And now that she has had some time to look back at the moment, Drew felt that nothing could have made it better.

Her following comments confirmed as much: “It was intimate, it was fairy tale-ish. It was very sweet, there was no press. It was the way [Spears] wanted to do it. She did the ceremony, we got right to the dance party. We had the best time.”