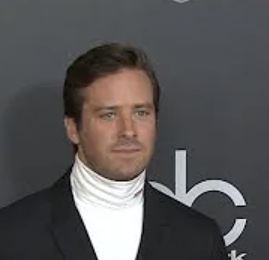 The disgraced actor is reportedly under investigation after claims of rape from his ex  Effie. And as part of that process, she alleged that Armie had raped her for four hours.

The actor has denied doing anything of the sort by stressing that any sex was done entirely on a consensual basis. With that being said, it seems that Robert has been helping Armie stay on his feet.

This had initially started with claims that Robert paid for Armie’s rehab last year. Meanwhile, it is now suggested that Armie is staying in one of his houses. A source said: “He’s sober and has been spending a lot of time with good friends and with his kids.”

Things have also not been helped by the fact that Armie has been cut off from the family fortune. Armie just so happens to be the great-grandson of Armand Hammer, who was a billionaire oil tycoon.

This then led to reports that the actor was working as a salesman on the Cayman Islands in order to earn an extra source of income. In addition, his aunt Casey Hammer came out to suggest that she was not surprised that allegations such as this had come to light.

In her comments at the time, she said: “I honestly was not surprised or shocked. Based on how I grew up. I was exposed to horrific crimes and experiences that were covered up because it was behind closed doors and we couldn’t talk about it.”

The fans on social media understood why Robert may want to help. After all, he has had issues with staying sober himself. One person wrote: “It doesn’t surprise me that RBjr is helping… Armie is flat-broke.His family cut him off when he pursued acting.”

With Robert by his side, Armie is in a better position to deal with what comes his way. So there you have it folks. What did you think about this? Let us know your thoughts in the comments section below.