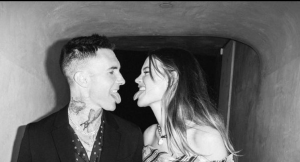 Alanna Zabel, who happened to be a former yoga teacher to Adam Levine, has bashed the Maroon 5 lead singer.

Aside from the fact that Levine has been caught out sending messages to various women on social media, it seems Alanna had more of an issue with the type of man that Adam had become. She just so happened to be his yoga teacher for around 3 years from the period 2007-10.

During the course of that process, Alanna was horrified at the way she was treated by him. In her comments, she said: “This isn’t about a love affair or a salacious text, it’s about being a decent human being. Friends don’t treat each other like used trash, and that’s how he treated me.”

It is not exactly clear what the circumstances were that meant Alanna felt this way, but based on her prior revelations, it must have been serious. She previously spoke on how Adam had sent her a message one day stating that he wanted to spend a ‘day naked’ with her.

That allegedly resulted in a massive feud with her, then, boyfriend who understandably must have been horrified by the implications. Although the message could have been meant for Adam’s then girlfriend, the fact of the matter is that he had apparently not apologised.

And since she was getting ready to join the band for their tour, that did not sit well with her. Alanna’s following comments confirmed as much: “I felt that we cared about each other, and he iced me out during a deeply upsetting time.”

The fans on social media did not have a lot of sympathy for Alanna. A certain subset of people were of the view that she may have known the type of behaviour that Adam was used to doing.

One person wrote: “And she loved it, they always do, they love the bad boys. Then they feel ashamed and deflect, seeking attention by play[ing] victim and blaming the man.”