Skip to content
Home > TV > The Bachelorette > ‘The Bachelorette’: Blake Moynes Is Fed Up Over Talking About His Ex-Fiancée Katie Thurston-‘No Need To Go There Again’ 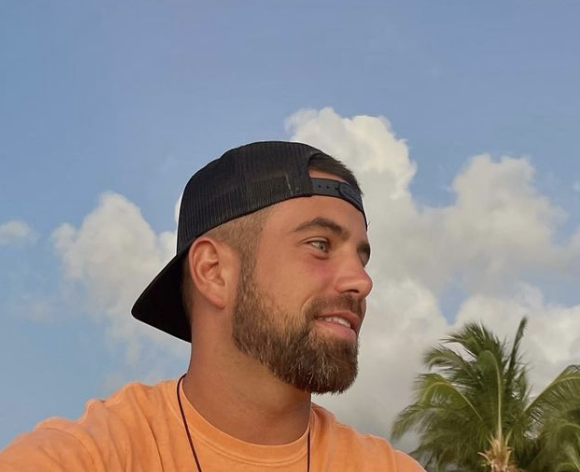 Former star of ‘The Bachelorette’ Blake Moynes let his fans know that he has had enough of talking about his ex-fiancée Katie Thurston.

‘The Bachelorette’: Blake Moynes Is Fed Up Over Talking About His Ex-Fiancée Katie Thurston-‘No Need To Go There Again’

The pair ended up getting engaged in the season finale of the show, only for the relationship to end three months later. This was then followed up by a shocking revelation that Katie had begun dating John Hersey a month later.

This led to speculation that perhaps Katie had cheated and gotten with John during her time with Blake, something which they pair denied doing. While that may have been the case, it seems that Blake does not want to address this any longer.

When asked about a fan over Katie, this is what Blake had to say: “It’s very finished. No need to go there again. It’s an exhausting topic. Appreciate it.” This is entirely understandable for the following reasons.

First of all, Katie is ultimately a reminder of his engagement being broken off. Therefore, he would want to forget this as soon as possible and move on with his life. Secondly, the fact that Katie ended up splitting up from John also suggests that it would have been very difficult for Blake to have stayed with Katie anyway.

After all, it demonstrates that she struggles to hold down a relationship. Not only that, but Blake admitted that they were not on good terms following news of Katie’s relationship with John and the whole controversy that surrounded it.

In some prior comments, Blake remarked: “We talked very cordially after we announced the breakup, and we were really good with that. And then, obviously, all the other stuff happened. Since then, we have not spoke.”

Blake has clearly moved on with his life, and perhaps it is time for fans to recognise that. Katie, by all accounts, is no longer interested as well, which has finally put an end to that chapter. So there you have it folks. What did you think about this? Let us know your thoughts in the comments section below.