Skip to content
Home > TV > The Bachelor > ‘The Bachelor’: Madison Prewett And Grant Troutt Get Engaged-‘You Were Worth The Wait’ 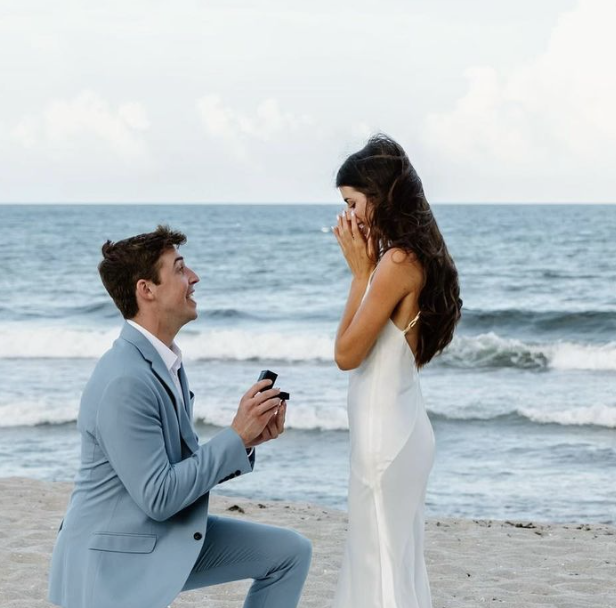 Former star of ‘The Bachelor’ Madison Prewett has confirmed her engagement to Grant Troutt.

‘The Bachelor’: Madison Prewett And Grant Troutt Get Engaged-‘You Were Worth The Wait’

Madison first introduced herself to the fanbase on Peter Weber’s season of the show. She would go on to quit the show on the tenth week, but in any event, she had a short romance with Weber after the finale. While that may have been the case, things did not last.

So naturally, she moved on with Grant as they began dating each other for a matter of eight months. And as their relationship went from strength to strength, Grant knew that it was the right time to commit. In a post to his fans on Instagram, he shared a series of pictures from the proposal.

We can see Grant getting on his knee, with a series of candles in a circle around the beach. Madison has a massive smile on her face and could not be any happier. They then kissed, as the proposal was complete. The post was captioned by the following comments: “7.31.22. You were worth the wait.”

And as Madison is a strong Christian, she was delighted by the extra mile that Grant went to in order to make sure that everything was perfect. It turned out that he had planned everything to the letter, which made it a day that Madison would remember forever.

In an interview with People magazine about the proposal, she remarked: “Grant was waiting for me and led me out to the beach, where he had candles and flowers and a Bible with my new name on it. And the ring of my dreams!” The fans on social media were delighted for the couple.

And they wished them the best with things going forward. One person wrote: “Congrats sis!! So happy for you both!” It is great to see the pair in a really good place and long may that continue. So there you have it folks.