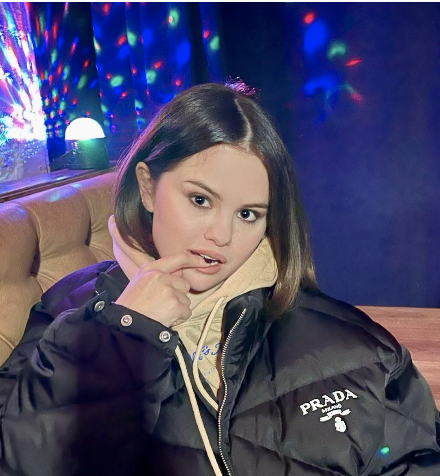 Selena Gomez has made it very clear that marriage and children are on her mind.

Selena, for her part, is currently single. But she had recently been seen getting close with film producer Andrea Iervolino. In the picture here, we can see that the singer is having a good time with him on a yacht.

While there is nothing to suggest that anything is going on between the pair, Selena made it very clear over what she looks for in a man. In her comments, she said: “I went and hung out with someone who was a bit older and it was just so wonderful.

“It was like being taken care of in a way. Being like, ‘Are you comfortable? Do you need a blanket?’ Just very sweet things.” With that being said, the star expanded on what she hopes to be able to offer a potential man.

And as she is getting older, this will include a removal from the limelight. After all, she has been in the industry ever since she was a break-out Disney star. But now she has a clear plan for the next stage of her life.

Her following comments confirmed as much: “I hope to be married and to be a mom…I want a husband and I want that kind of touch. I think my love language would have to be physical touch … and acts of service. The older I’ve gotten the more I really appreciate that.”

The fans on social media had a mixed response. While the majority of people were happy that Selena was looking to settle down, others were not so convinced that this was the right mover for her. One person wrote: “Selena giving up her career for a man ? LOOK AT ME, THIS ISNT YOU @selenagomez.”

As long as Selena is happy, then that is the most important thing. So there you have it folks. What did you think about this? Let us know your thoughts in the comments section below.