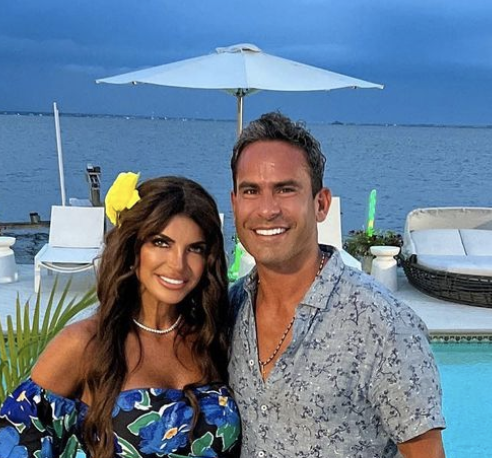 Luis Ruelas has rejected rumours that he and his wife Teresa Giudice demanded money from Joe Gorga and Melissa Gorga due to their failure to attend the wedding.

Real Housewives of New Jersey: Luis Ruelas Denies Rumour That He And His Wife Teresa Giudice Billed The Gorgas For Missing Their Wedding

The duo had been invited to the wedding, but decided to turn down the invite by going on a family getaway instead. During the course of that process, they did not appear to regret the decision one bit as Joe even posted about family being more than just ‘blood.’

Although that was the case, Teresa and Luis could have lost money if they had made preparations for the duo to attend, which is why that rumour originated in the first place.

But Luis shut down those claims immediately and let everybody know that there was no substance in the claims. In his comments, he said: “We would never in a million years ask for money from Joe and Melissa – we are not petty. Joe and Melissa were missed.”

Those allegations had initially arisen from Radar Online, who alleged that the Gorgas had been billed because they missed a rather expensive meal at the Chateau Estate, East Brunswick where the wedding was held.

But this was not the case, as another housewife came out to defend Luis and Teresa by denying that anything of the sort had happened: step forward, Jennifer Aydin. The former happened to be one of Teresa’s bridesmaids, which is why she was so passionate about debunking this false claim.

Her following comments confirmed as much: “This is absolutely not true! If there was a such a ‘bill’, it would’ve been posted already. Trust and believe.”

The fans on social media were much the same. They did not believe that Luis and Teresa would have done such a thing. After all, they were enjoying the happiest moment of their lives. One person wrote: “Melissa and Joe never miss an opportunity to bring Teresa down, especially when she’s doing well.”