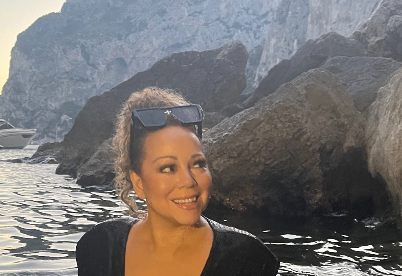 Mariah Carey had reportedly been burgled while she was on holiday.

According to reports, the singer just so happened to be on holiday in Capri, Italy. During the course of that process, her home in Atlanta had been burgled. The incident was reported to the authorities as soon as the singer got wind of it. This report was filed on Wednesday, 27th July 2022.

As of now an investigation is being carried out in order to determine if anyone can be held liable. The authorities have yet to determine if anything had been taken, but based on the description of the property, there will have been plenty for the intruders to target.

It is alleged that the property, which was bought by Carey in 2021, has a massive nine bedrooms, 13 bathrooms, a swimming pool and even a tennis court.  So the fact that Carey shared various images of her holiday with her boyfriend, Bryan Tanaka, alerted the intruders that she was not at home.

In the pictures here, we can see Carey enjoying her time in the water with her kids. She is also with Bryan and is delighted at being able to spend her time with her loved ones. This naturally generated talking points on social media.

People began to speculate on whether Atlanta was such a safe place after all, with some even suggesting that the star should focus on relocating elsewhere. Meanwhile, others were of the view that she had to get her security in check to prevent something like this from happening again.

One person wrote: “Atlanta is so dangerous now. This is happening a lot down there. I don’t know why anyone with means lives there,” while another person stated: “Perhaps she needs security of sorts at her home.

“This is most unfortunate for her home and it just isn’t right.  The wrongdoings of these burglars should not go unpunished.” So there you have it folks. What did you think about this? Let us know your thoughts in the comments section below.