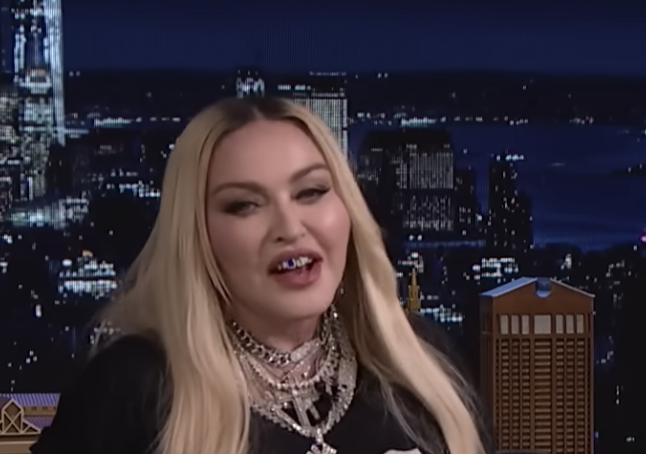 Madonna showed off her new set of grills as she addressed her teeth.

The musician just so happens to be turning 64 on Tuesday, 16th August 2022. And in order to mark the special occasion, it appears that Madonna has gotten herself some improvements when it comes to her teeth.

In the picture here, we can see her showing off her grills as they are covered in jewellery. Madonna was then alleged to have said the following: “I just got these new grills, and if I start lisping will you tell me…It’s almost my birthday, so I got myself a pair of grills.”

But rather than just being a fashion accessory, they did appear to serve a practical function. The singer expanded on how she does not like the state of her teeth, but stopped short of explaining the reason why this was the case.

Therefore, it was possible to assume that this could have been due to her getting older and having naturally weaker teeth as a result. In addition, it could simply be due to the fact that she wanted to change up her appearance.

Regardless of what the case may have been, something clearly had to change. Madonna’s following comments confirmed as much: “People have a problem with my grills, I don’t know why. I just like the way it looks — it’s mouth jewellery — and I have really ugly teeth.”

Nevertheless, not everybody was convinced by the grills. A certain subset of people were of the view that they made her look worse, as it was out of place with regards to her general appearance. Thus, the comments were quite harsh indeed. One person wrote: “The grills are even uglier. She looks ridiculous.”

Madonna’s grills may not have gone down well, but she has shown time and again that she will continue to do what is best regardless of what others may have to say about it all. So there you have it folks.