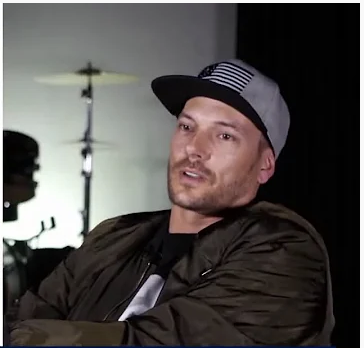 Kevin Federline has admitted that he is willing to reconcile with his ex Britney Spears’ father Jamie Spears for the sake of their kids.

Kevin currently shares two children with Spears, who are now in their teenage years: Sean Preston and Jayden James. So the fact that he wants to perhaps reconcile with Jamie has been hard to take, given that Britney has a lot of vitriol towards her father over his role in her conservatorship.

Not only that, but Kevin’s sons also happen to have restraining orders against Jamie. Despite this being the case, Kevin has left the door open if it makes sense. In his comments, he said: “I would absolutely welcome Jamie Spears back in the boys’ lives. Especially if that’s what the boys wanted.”

Nevertheless, that is going to be harder than first thought. First of all, Kevin got a restraining order on behalf of his kids on the grounds that Jamie was allegedly involved in an altercation with his son Preston. Therefore, it may not be the wisest move to welcome him back.

Secondly, this approach could also generate a lot of backlash from the  #FreeBritneyMovement. After all, they have made it very clear that they want Jamie to be held to account.

And yet, Kevin was of the view that people can change. His following comments confirmed as much: “People make mistakes. I feel bad for him. I feel like he’s been put through the wringer.”

The fans on social media understandably had a lot to say about Kevin’s comments. And by the looks of it, the response was mixed over who had the right to decide what was best. One person wrote: “@kevinfederline You are a PIECE OF [SH*T].”

While another person stated: “They’re old enough to say who they want to be around.” Regardless of what ends up happening, it is fair to say that Britney will have a lot to say about this. So there you have it folks. What did you think about this? Let us know your thoughts in the comments section below.