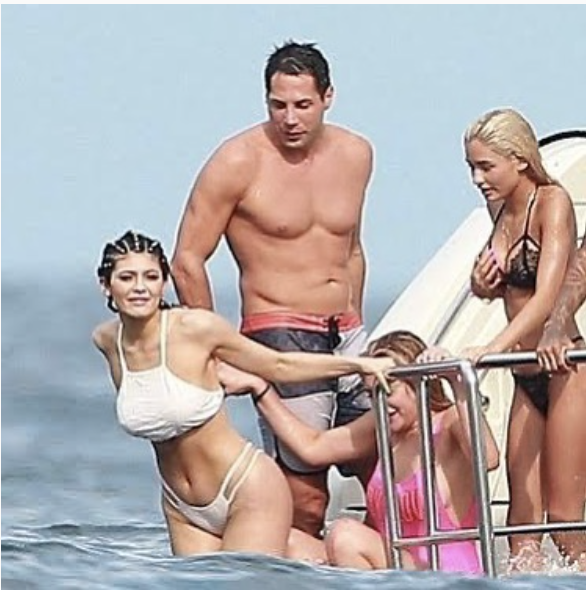 Joe Francis has been criticised for checking out Kylie Jenner when she was just 18-years-old.

Joe, for his part, is 49 years-old while Kylie is 25. Therefore, the fact that he was almost double her age at the time of the incident has generated a lot of talking points. In the picture here, we can see that Joe is staring at Kylie when they are on a yacht as she jumps in the water.

Kylie is wearing a white bikini, and it was a throwback photo of the pair celebrating Jenner’s 18th. The post was captioned by the following comments: “Happy Birthday @kyliejenner !! I’m so proud of you and all your success!!

“It seems like yesterday that we were celebrating your 18th birthday together @casaaramara.” This move, though, was criticised for the following reasons. First of all, people felt that Joe had objectified a woman who was clearly out of his age range.

Not only that, but he happened to do it on her major milestone, that being her 18th birthday. Secondly, it seems that Francis cropped out some other people from the photo.

This had allegedly included Kylie’s former boyfriend Tyga, as well as her friends Stassie Karanikolaou and Pia Mia Perez. As such, without a reasonable explanation as to why Joe decided to do that, his conduct was seen in poor taste.

And this was reflected in the comments that followed on social media. A certain subset of people were of the view that Joe’s behavior was deplorable and rather creepy. In the process of doing so, the comments started to become very harsh indeed.

One person wrote: “The guy that made millions off young/ underage college girls showing boobies on VHS? And then spent years in hiding, evading taxes. Who also had his home suspiciously burned down.”

It is safe to say that Joe’s photo did not age very well, and looking back, perhaps it was a bad move to share it. So there you have it folks. What did you think about this? Let us know your thoughts in the comments section below.