Skip to content
Home > Celebrities > Ojani Noa > Jennifer Lopez’s First Husband Ojani Noa Does Not See Bennifer Lasting-‘I’m Not Convinced, She’s Someone Who Will Be Married Seven Or Eight Times’ 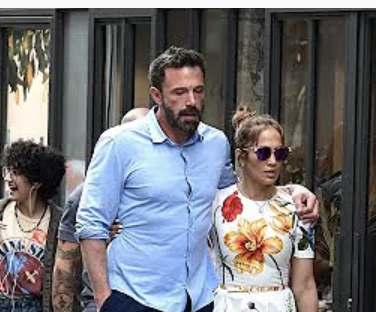 Jennifer Lopez’s First Husband Ojani Noa Does Not See Bennifer Lasting-‘I’m Not Convinced, She’s Someone Who Will Be Married Seven Or Eight Times’

Ojani’s claims arrived on the back end of the couple getting married after reconciling since they first broke off their engagement in 2004. While the two could not look any happier, Ojani has doubts. This is on the basis that he feels Jennifer tends to lose her enthusiasm in a relationship very quickly.

After all, this is the fourth time that Jennifer has gotten married. In his comments, he said: “I wish her and Ben the best, but I’m not convinced it will last. I think she’s someone who will be married seven or eight times. I can’t see her ever settling down with one person.”

Those comments do hold weight when we look at the reason why Ojani felt this way. He expanded on how Jennifer has a tendency to give everything for her career. And that can result in her relationships suffering, as it does require a lot of sacrifice.

It is not a surprise, then, that Jennifer has had a career for around 3 decades that has included acting, modeling and singing. But there is the question of: at what cost is this achieved?

Ojani added: “She pushes herself to constantly go forward in her professional life, which is why she’s had a three-decade career, but she also moves on in her private life.” The fans on social media were not convinced by Ojani’s comments.

A certain subset of people were of the view that his comments were bitter and not based on any objectivity. One person wrote: “Hmm. Sounds like someone is being a HATER! It’s always a SALTY EX,” while another person stated: “Sounds like after 25 years he can’t move on.”

Time will tell if Jennifer lasts with Ben, but based on her prior track record, things are not looking good. So there you have it folks. What did you think about this? Let us know your thoughts in the comments section below.