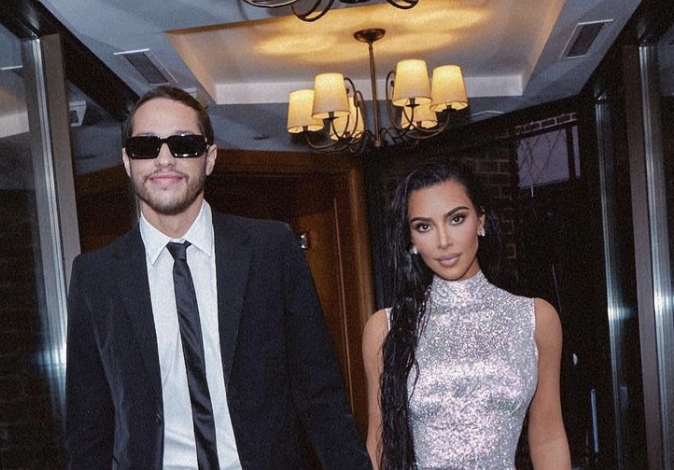 Kim Kardashian and Pete Davidson have reportedly broken up.

They had been dating for around nine months during which they had gotten quite close together. The comedian had gotten to know Kim’s kids, as well as having taken on her ex Kanye West on social media.

Not only that, but he also happened to have gotten bespoke tattoos in honour of Kim. While the relationship has broken down, the duo have decided to keep things cordial. A source confirmed the following: “Kim and Pete have decided to just be friends. They have a lot of love and respect for each other.”

This begs the question: why did they break up? Well, from the outset, it was quite clear that there were a number of factors that could have created problems. First of all, there was a significant age gap between the pair.

Pete is 28, while Kim is in her forties. Secondly, the comedian admitted that he would like to be a father. And as Kim already has four children, coupled with the fact that she is not getting younger, the prospects of her having another child were slim.

And these were some of the factors that ultimately came to the fore. Another source stated: “Pete is 28 and Kim is 41 — they are just in very different places at the moment.

“Pete is totally spontaneous and impulsive and wants her to fly to New York, or wherever he is on a moment’s notice. But Kim has four kids and it isn’t that easy. She needs to focus on the kids.”

The fans on social media were not surprised by the decision. And in the process, they began to mock Kim for having another failed relationship. One person wrote: “Just another day in the Kardashian’s house. I think Kim should take a break from dating nje ,or she should try dating women !!!”

Time will tell how the pair move forward. So there you have it folks. What did you think about this? Let us know your thoughts in the comments section below. If you liked reading this article, then check out our other features on the Daily Soap Dish.