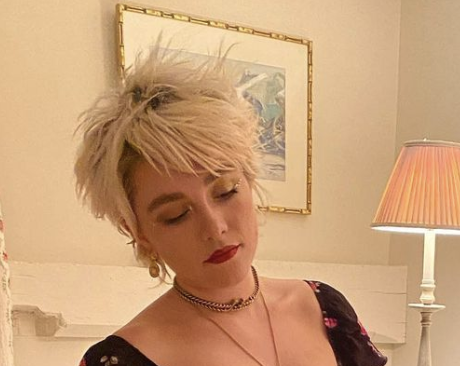 Florence Pugh has hit back at those focusing on her sex scenes with Harry Styles in her upcoming movie ‘Don’t Worry Darling.’

The movie just so happens to be directed by Harry’s girlfriend Olivia Wilde. It is set in the 1950s where Florence plays the role of a housewife, as she lives with her husband played by Harry.

And fans have already been given an insight into what they can expect, as the trailer allegedly appears to show Harry engaging in oral sex with Florence. And given that Harry is one of the most talked-about celebrities around, there has been a buzz to see him in a movie.

And yet, that has not gone down well with Florence who felt that the sex scenes had been blown out of proportion. In an interview with Harper’s Bazaar, she said: “When it’s reduced to your sex scenes, or to watch the most famous man in the world go down on someone, it’s not why we do it.

A certain subset of people were of the view she had been exploiting the sex scenes involving Harry in order to promote the movie. One person wrote: “Omg fans don’t care about them having sex or not.

“It was @oliviawilde who sold that movie as sex and nothing else. Just Google that s**t and you gonna see by yourself. Fans been pissed since the beginning of her using that movie to promote the sex scene rather than  the movie.”

Time will tell how the movie delivers. And if it can produce headlines based on its own content as opposed to the sex scenes, then it will be fine with the fans. So there you have it folks. What did you think about this? Let us know your thoughts in the comments section below.