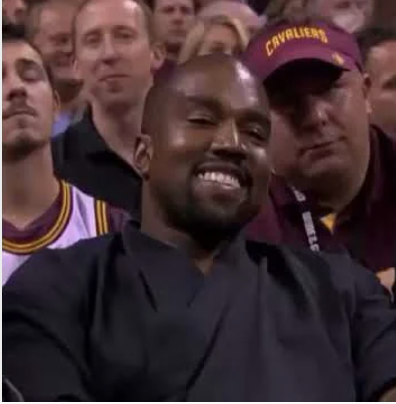 Fans have trolled Kim Kardashian and Pete Davidson’s break-up by speculating on how Kanye West has taken to the news.

It was no secret that the rapper did not approve of the comedian getting with his ex, which he made known. This was most notably seen when the rapper depicted burying the comedian alive in his music video for ‘Eazy.’

Not only that, but he also made it clear that he did not want Pete to associate with his children because of a prior joke he had made about having sex with babies. And to top it all off, he even came up with a novel name for Davidson: Skete.

So now that the relationship is over, the fans have begun to have their take on what Kanye would have said. One person wrote: “Did Pete and Kim actually break up y’all? I just KNOW my boy kanye kissing them crystals rn.”

While another person stated: “Kanye looking [sic] at his phone seeing that Kim And Pete are done.” Despite that being the case, the chances of Kim and Kanye getting back together are unlikely.

After all, they are still locked in divorce proceedings that could end up getting bitter. Reports have recently confirmed that Kanye’s latest divorce attorney was no longer working on his case. It just so happens that this was his fifth attorney in that regard.

In and amongst the instability, however, there were still some fans that were disappointed by the break up. This is primarily on the basis that the Kardashian has been married three times, but she has still failed to settle down.

And there are obviously marks if she ever will, as the star is not getting any younger. Another user stated: “WHAT!!! I was rooting for them! I thought it was good for Kim to have someone like Pete who is chill and humble.”