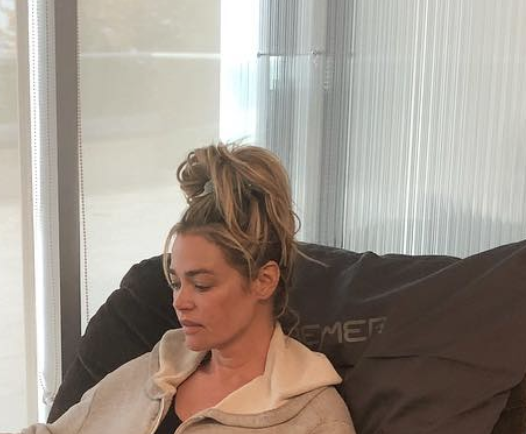 Denise Richards has admitted that she felt some guilt following her divorce from ex-husband Charlie Sheen.

Denise’s regrets stem from the fact that the divorce had ultimately broken up their family unit. And as part of that process, Denise filed for divorce when she happened to be pregnant with their daughter Lola.

And now that some time has passed, Denise has looked back at that decision with some bad memories. In an interview on the  “Divorced Not Dead” podcast, she said: “[I] felt guilty for splitting up the family unit. I struggled with that for years.”

Nevertheless, the decision was justified once Denise realised that she would not have endorsed her own daughters staying in a relationship with a man when things were not working out. And that reinforced her belief that she made the right decision to walk away.

Things were also made easier for Denise by virtue of the fact that Charlie’s battles with addiction were well-known. And the struggles that emerged in trying to shield their children from this made things easier for Denise to make that decision.

She added: “I said to myself, ‘Would I want my daughters married to this man?’ No offense to him but I think he would take that and understand what I’m saying, and that’s when I was like, ‘Well, why am I accepting this?'”

And yet, even in the aftermath of the split, the pair have had their issues. This was most recently seen when they disagreed over their daughter Sami’s decision to join OnlyFans.

From the outset, Charlie made it clear that he was not set on the idea, while Denise backed her daughter. And it all ended with Denise following Sami’s decision to join OnlyFans, while Charlie was left to deal with that outcome.

But looking back, going their separate ways was the best thing after all. So there you have it folks. What did you think about this? Let us know your thoughts in the comments section below.