Skip to content
Home > Celebrities > Kylie Jenner > Cosmetic Developer Kevin James Blasts Kylie Jenner By Accusing Her Of Making Cosmetics In Unsanitary Conditions-‘Folks, This Is Not The Way We Create Cosmetics’ 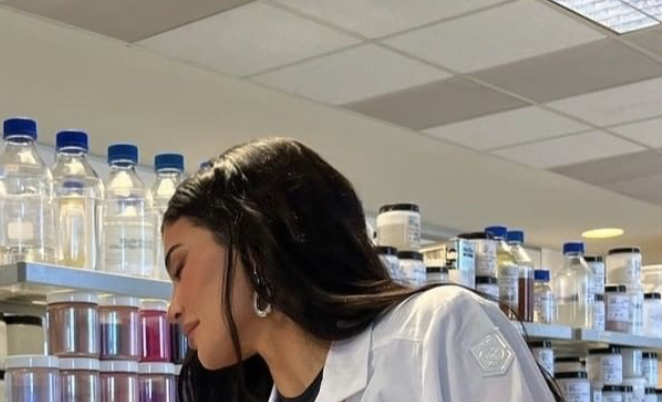 Kylie Jenner has hit back at her critics, who accused the star of making her cosmetics in unsanitary conditions.

Cosmetic Developer Kevin James Blasts Kylie Jenner By Accusing Her Of Making Cosmetics In Unsanitary Conditions-‘Folks, This Is Not The Way We Create Cosmetics’

This controversy initially emerged when a series of photos showed her holding some of her products. But as the star did not have any protective clothing on in order to protect her hands and hair, it led to claims that her products were being made in an environment that was not necessarily clean.

Cosmetic Developer Kevin James shared those pictures of Jenner in the lab where she was handling her products without the requisite attire.

The post was captioned by the following comments: “I’ve NEVER been allowed into the lab or onto the manufacturing floor without a hair net, shoe covers, mask…and disposable GLOVES.

“Folks, this is not the way we create cosmetics and misrepresents how our industry works. Credible manufacturers follow STRICT sanitation protocols to protect you.”

Kylie did not take those comments very well, which is understandable for the following reasons. First of all, it could seriously damage her brand if a fellow cosmetic professional had cast doubts about her conduct.

Secondly, Kylie wanted to clear up what she felt was a misconception that emerged. This was on the grounds that the star revealed this was not the factory where her products were being made.

In response to the criticism, Kylie remarked: “Kevin — this picture is not taken in a manufacturing facility. I would never bypass sanitary protocols and neither would any other celeb or beauty brand owner.” The response on social media was mixed.

While some agreed with Kylie, others argued that she was misleading her customers with her portrayal of the products. One person wrote: “What a ridiculous set of photos and clearly breaches good manufacturing processes another example of gross misinformation by #misinfluencers.”

It is fair to say that Kylie should be more careful in the future over what she posts to avoid similar criticism. So there you have it folks. What did you think about this? Let us know your thoughts in the comments section below.