Skip to content
Home > TV > The Bachelorette > ‘The Bachelorette’: Michelle Young And Nayte Olukoya Unfollow Each Other On Social Media Following Split 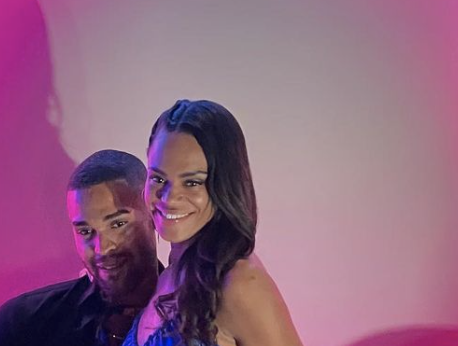 Michelle Young and Nayte Olukoya have unfollowed each other on social media in the aftermath of their break up.

The duo, for their part, had gotten engaged during the season finale of ‘The Bachelorette.’ However, less than a year of things being official, it soon became clear that there was trouble in paradise.

This was initially seen when Michelle had to come out to deny that there was any discontent in response to a video which showed her without her engagement ring on. At the time, Michelle stated that it had been taken off by a friend.

But as they would announce their break up shortly in the aftermath of that incident, it was fair to say that the writing was on the wall. And in order to cut ties, they are no longer following each other on social media.

And yet, the two still have left the pictures that they had shared of them together. But any remnants of them tagging each other has been removed. It is not exactly clear why the pair decided to split up, but there were some hints offered in the official statement released.

They admitted that it had been very difficult to keep their relationship alive in the public eye. Not only that, but Nayte had to come out and deny speculation that he had cheated on Michelle.

In his prior comments at the time, Nayte stated: “I didn’t cheat. Yes, I like to hang out with my guys. As she likes to hang out with her girls. Nothing wrong with that. If anything, super healthy. We are social people. Not everyone who goes to bars are cheaters.”

Now that the pair have unfollowed each other on social media, the chances of a reconciliation are next to none. With that being said, it is probably wise that they focus on moving towards the next stage of their lives.