Skip to content
Home > TV > The Bachelor > ‘The Bachelor’: Emily Ferguson And William Karlsson Get Married-‘It’s My Dream Wedding’ 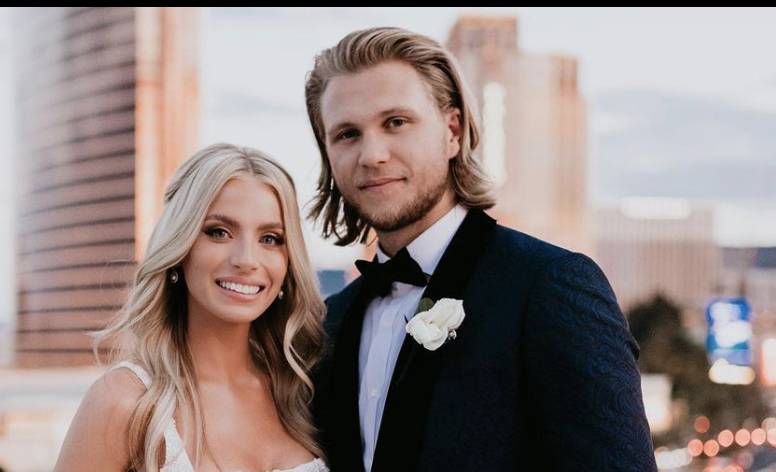 ‘The Bachelor’: Emily Ferguson And William Karlsson Get Married-‘It’s My Dream Wedding’

According to reports, the duo decided to get married at the Resorts World Las Vegas. This site just so happened to be the exact same place that Emily’s twin sister Haley Ferguson had gotten married one month earlier.

The pair had initially begun dating in 2017. Thereafter, their relationship moved from strength to strength as they got engaged in 2020. And now that things have become official, the couple could not hide their delight.

In the picture here, we can see the couple wearing traditional wedding clothes. Emily has a white wedding dress, while William has gone for a classic suit and tie. And to cap off her happiness, this is what Emily had to say: “It’s my dream wedding because I’m marrying my dream guy.

“If it’s not him at the altar, I don’t want it! Haha but seriously, he’s everything I’ve ever dreamed of and more.” Now that the wedding is over, Emily did manage to reveal that there was an element of rivalry between her wedding and her sisters.

This was seen when Emily made comparisons between her and Hailey’s event by demonstrating how her ceremony was more laid back. In the process of doing so, Emily appeared to suggest that she managed to outdo her sister.

Emily’s following comments confirmed as much: “We wanted our wedding to be more of a party while Haley wanted hers to be more intimate..Our wedding decorations are more over the top while Haley picked a more classic..I’m definitely more extra than Haley!”

The fans on social media were happy for the couple. And they wish them the best for the future. One person wrote: “Wow, stunning. So happy for you both and I can’t get over how beautiful you look!”

It is great to see the pair in a really good place, and long may that continue. So there you have it folks. What did you think about this? Let us know your thoughts in the comments section below.